Where do I start?
Firstly, I love the shit out of Scotland, and this weekend has just reiterated that.
Two shows, Saturday in Glasgow, last night in Dunfermline
Both were, as they say here, “THE TITS!”
Meaning, fucking awesome.

We were here back in February filming the Scotland episode for RHYTHMS & ROOTS TV. (You can read about that trip HERE and HERE)
While we were here, Dad recorded the episode song with the Red Hot Chilli Pipers. We thought it’d be a treat (especially for US) to get the boys to come out and play that episode song on stage with Dad at the Scotland shows.
A straight song, at a Kev show? Fuck it, let’s give it a crack.

We also decided to film that
So between rehearsals, two massive sold out shows, filming a DVD, and lots of men in kilts running around backstage… 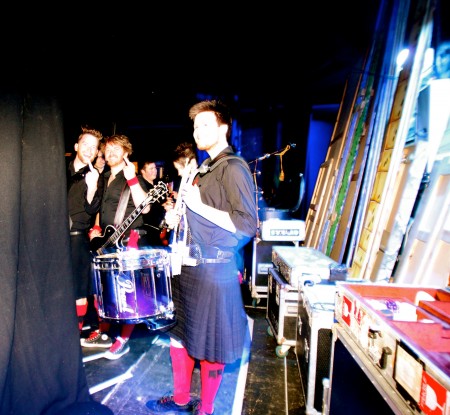 …it’s been a full on, and fucking fabulous two days.

Standing ovation for Dad and the boys, both nights

The atmosphere was electric, goose-bumpy even. 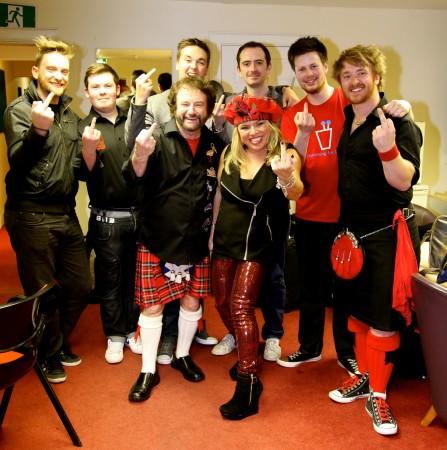 I even got some Christmas shopping done!
Well, once I work out how to wrap up a Chilli Piper and send him home to Heiny, I’ll have one present sorted. 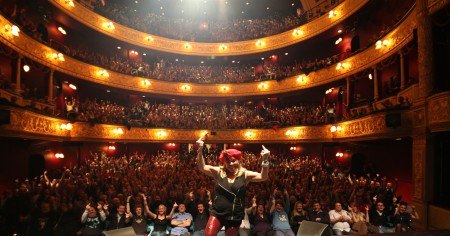