It started with this 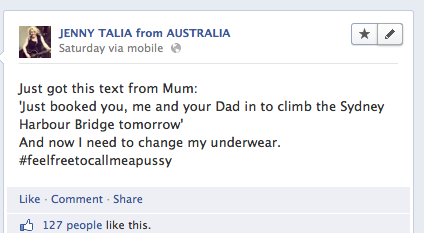 Most of you probably already know, that I’m not THAT girl
You know, the adventurous girl, the thrill seeking Sheila
My preferred kind of adrenalin rush, usually involves a mall, annual sales, a new outfit with matching shoes
Followed by celebratory wine drinking

So the more I though about this ‘let’s climb to the top of the widest Longspan Bridge in the world
That happens to be 139 metres (439.632546  feet) above sea level’
The more was I like, sweet Jesus…how do I get OUT of doing this?? 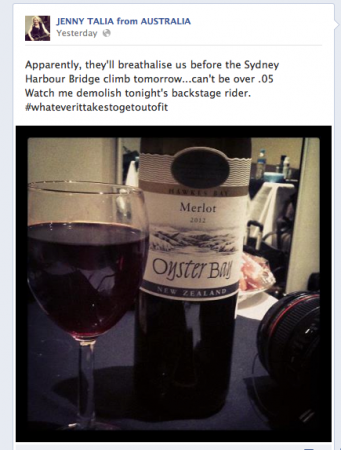 I mean, I don’t even go out onto hotel balconies if I’m more than 2 stories up
I get all tingly (and not in a good way) and my stomach starts to try and escape from my body 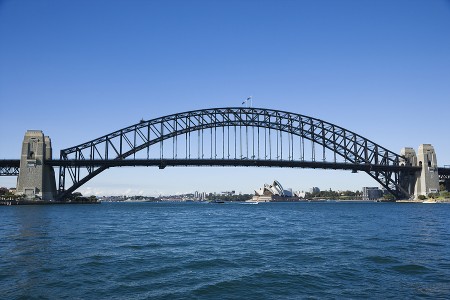 Turns out, once we were there and getting suited up, I started to relax
(even though this photo would suggest otherwise) 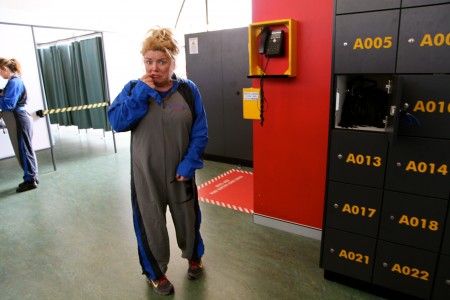 Our guide, slash leader, slash chick who I was entrusting with my life, was a top lady who was equal parts informative, fun and reassuring
The latter being exactly what I needed
Her name was Leah, I liked her, and she totally didn’t flinch when I insisted on holding her hand for the first hour of training
She gave us our safety briefing, got kitted up with headsets (so we could hear her) lots of clips to hold onto sunglasses etc, so that we didn’t drop anything off the bridge, that would land on cars below. Apparently that would be bad. We also had thick bungee cord looking things that would attach us to the bridge, in case we fell off
What a lovely thought
Personally, my cord looked as though it wouldn’t support the weight of my leg, let alone my entire corpse
‘Cause you KNOW I’d be dead of a heart attack WAY before I ever hit the water

Anyhoo, once all the training, lectures blah, blah –can’t we just get this over with already- were done, we headed to the steps

1,437 just to get up!
It’s a combination of ladders and stairs
I was doing fine with both (go me!) 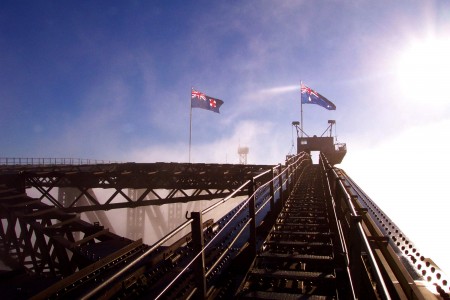 Until we reached the first platform, where Leah stopped to give us some information about the bridge’s history
We were standing on a grated platform….you know, one you can SEE THROUGH
I looked down
And prompty burst into tears
We weren’t even ONE FIFTH of the way up

I was all, fuck this, fuck me for saying yes, fuck the eggs I had for brekky, fuck, fuck, FUCK.

After some deep breathing, encouragement from Mum and Dad, and the realisation that we were all tethered to each other, so how the hell could I get down WITHOUT going up first…..I worked out, that if I just looked up, I didn’t get as scared
And I kept chanting to myself, from my favourite movie character of all time – Dory, from Finding Nemo…..’just keep swimming, just keep swimming’

PLUS, I was the youngest in our group by about 20 years, so I needed to suck it up, cause none of the pensioners were remotely freaking out
Just me

Also, it was a nice, warm day, so the pee in my pants dried pretty quickly

I kept going
And kept going
Doing lots of little nervous farts along the way
Because I don’t know about you guys, but when I’m nervous, I get GAS
And I slowly started to see, that it did get better
It did get easier 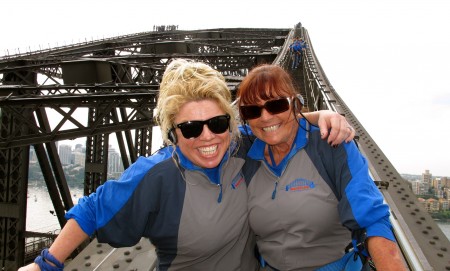 I was almost having fun 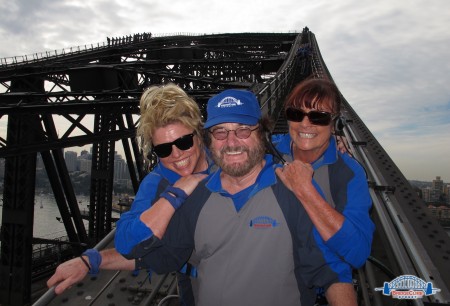 I mean, I still wasn’t going to look down for love nor money 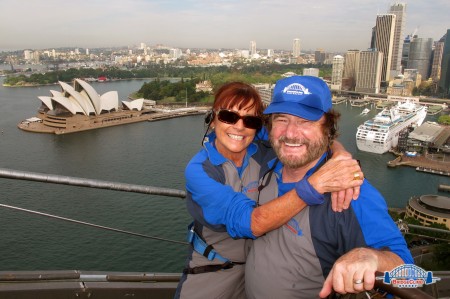 But if I looked OUT, the view was ah-may-zing! 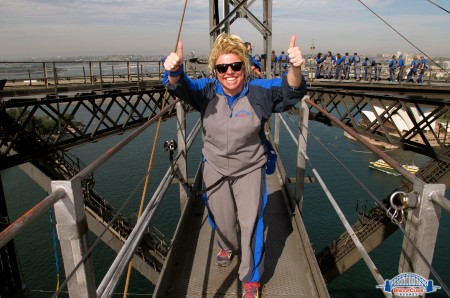 Mum and Dad LOVED it
No fear, just climbed the shit out of that bridge, enjoying Sydney from the best view in the city 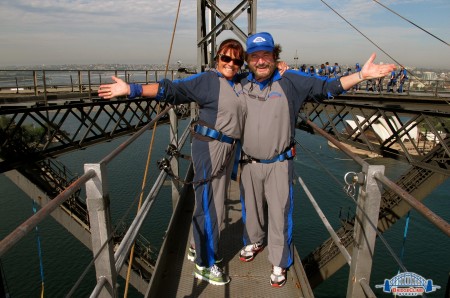 Me?
I’m so glad I got through it
I surprised myself
The fear eventually went away, and I did OK
I can actually say I enjoyed it

Would I recommend it?
Absolutely
Would I do it again? 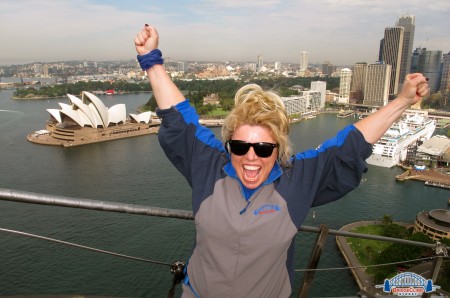 Next time, maybe I’ll just watch YOU do it.