OK, I’d like to start this post of with a tip for all you married fellas
If you have a conversation with your wife that you start with, “…OK, so don’t be mad at me….BUT….”
She IS going to be mad at you
Instantly PISSED
Especially if you are Skyping each other from thousands of miles away
And you’re obviously hiding something behind your back, so she can’t see it

Then, in a big reveal, you bring around to the front what you’ve been hiding
AND IT’S A FUCKING DOG! 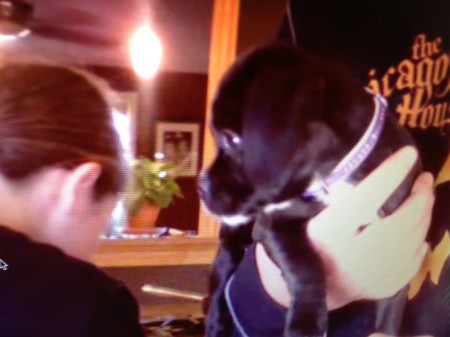 Yeah that.
That is what happened in my world last week
And it’s taken me days….DAYS I say, to calm down enough to share with you guys 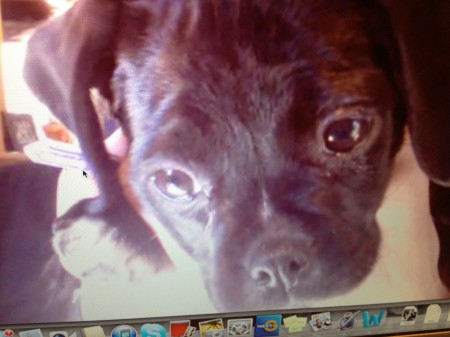 I was SO  ranty and yelling, “…Jesus motherfucking Christ, what is wrong with you?? Another dog?”

When the last ‘should we get another dog’ discussion we had, mentioned the words, absolutely not, and no fucking way, more than once. From both of us.
We have the Fluffinator. A 150 pound ball of white, barking fur.
And we adore him.
But he does NOT need a friend, for fuck’s sake
He is a (lovable) beast that is more than enough for one household thankyouverymuch.

I was thinking Diamond must have lost the plot since I’ve been away on tour.
Another dog! He’s gone fucking mental.
Can someone stop by and pick up my kids?
But……after thinking about it though, it would seem it might in fact, be the opposite

Her name is Eva
She’s a Puggle
Which for the record, isn’t even a REAL breed of dog
It a ‘BITSA’. Which is a bit of a Pug, and a bit of a Beagle.
I just saw them for sale at Harrods over here in the UK…..for £2,000
Yes, you read right. TWO THOUSAND POUNDS. As in $3100 US or Australian dollars.
For a fucking dog
Not. Joking.
I told Diamond this little ball of floppy black ears better have been found abandoned on the side of the road with a sign around her neck saying, “Free to good home” 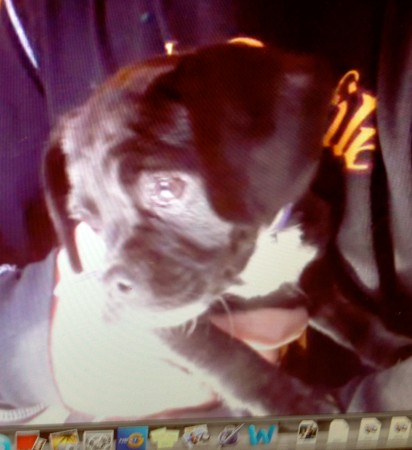 But Magoo, bless her cotton socks, is forever looking on the bright side, 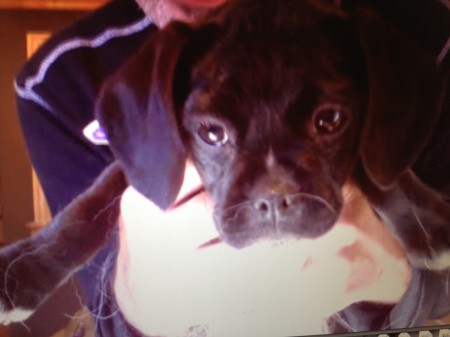 And you didn’t even have to hatch her out of your pee pee!
You’re going to love her Mama!”

You know…..she might just be right.
Don’t you dare tell Diamond I said that.