She wanted to play volleyball, but she’s too young

So in the mean time she’s giving basketball a shot 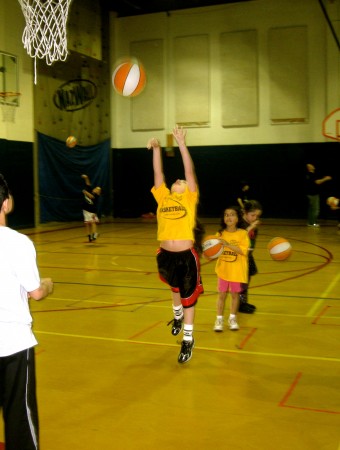 Not sure how that happened

The games are fairly low on skill

But bursting with “I GOT ITs and MINEs!!” 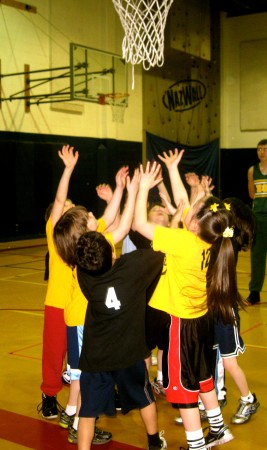 Not that I’ve actually heard anyone else laughing 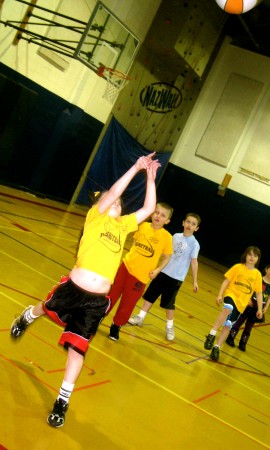 Then Thursdays both girls have a PE class

This week was baseball

Magoo, as usual, did her own thing

Which was basically a game of ‘statues’ on first base

While the ball (and her sister) whizzed past her

She was really good too 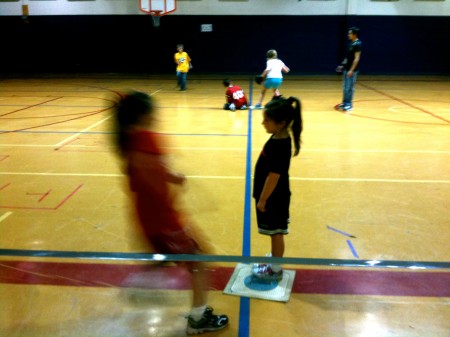 Except to pick her nose

Which she is the national-under-6 champion at 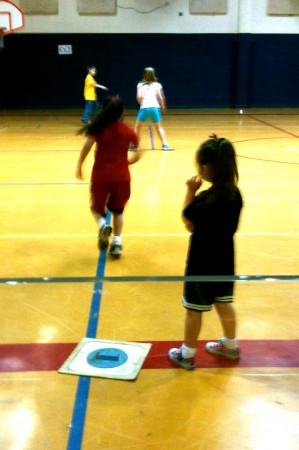 Then Saturdays is Magoo’s soccer game

She actually kicked the ball this week

Where she avoided it at all costs

And went MIA from the field 3 times

We eventually found her

Ransacking a vending machine, in the toilet and in the backseat of our car, respectively

So yeah, it would appear that she’s inheriting my NON love for all things excercise-ical 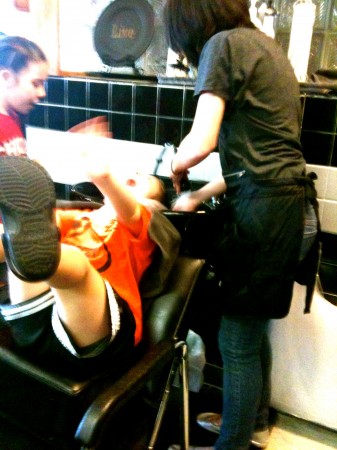 Better than any money spent on the girls sports and activities

Is their new trampoline 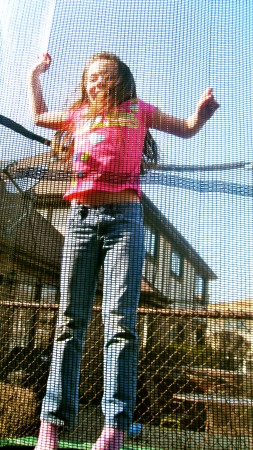 They’d bounce on it forever if I let them

They stay outside playing on it for hours at a time

And not just because it’s surrounded by a net

That I can zip  up, locking them in 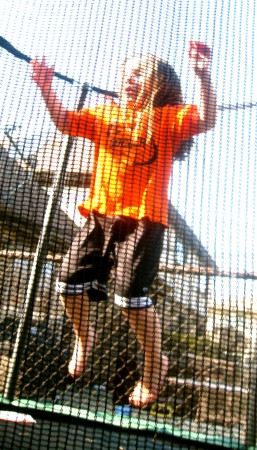 OK, mainly because of that.