They go faster, through red lights and do all sorts of other things that you wouldn’t dare do in your own car your own car can’t do

Another bonus is you don’t have any maintenance on them

Ring up the company and get them to deliver you a new one. Yay!

And that’s why yesterday, before we left Scotland, he decided to check the oil on our hire car 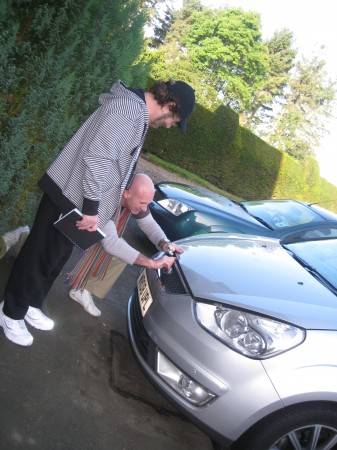 He fiddled with it for a while 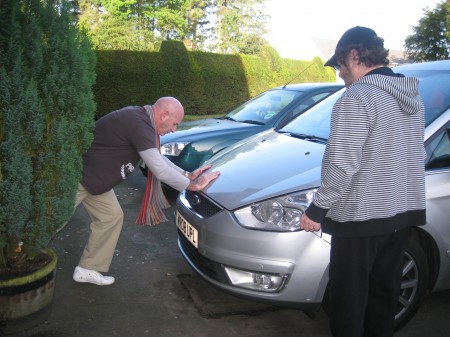 Then Dad decided to have a gander at it 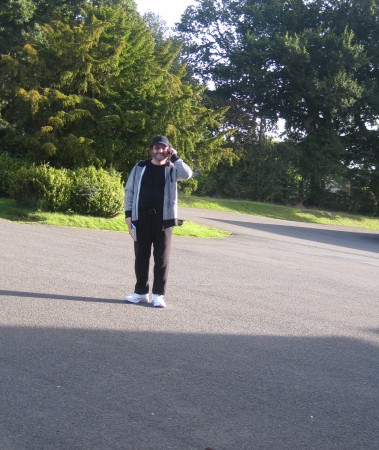 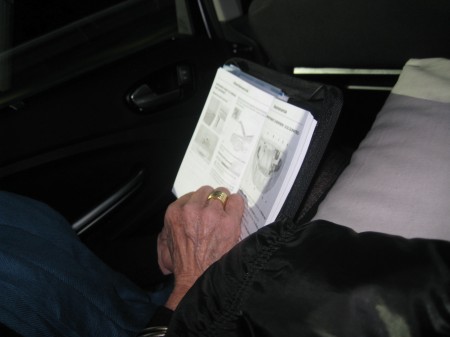 And as you can see, I didn’t even get off my arse sat in the back seat and laughed at them took photos 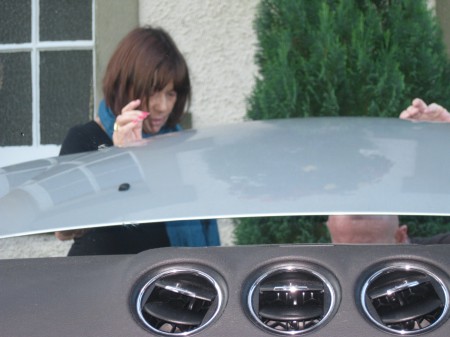 Everybody who’s lazy as fuck knows that shit fixes everything

So it was a no brainer to me. Broken hood on the hire car? Duct tape! 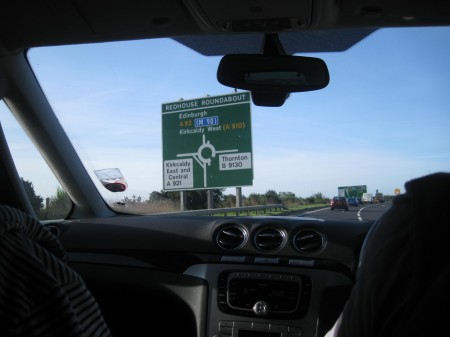 Me? I had my video camera out just in case it DID happen

What a cool shot THAT would have made

So we get to the next lot of services and park 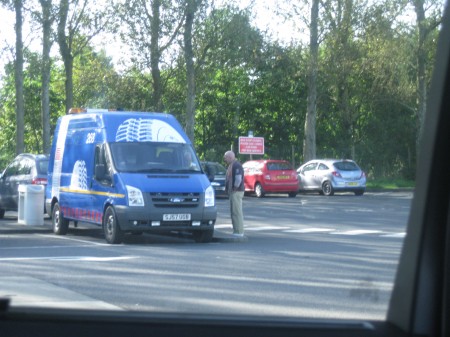 The nice man fucked with it a bit checked it out

Walked back to his truck 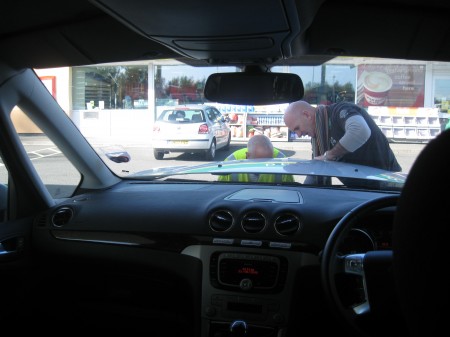 Now THAT’S how you get shit done I reckon

Anyhooo, whatever he did, it worked

The hood shut fine after he’d finished with it

Hollywood thanked the guy profusely, while Dad tried to slip him a few quid 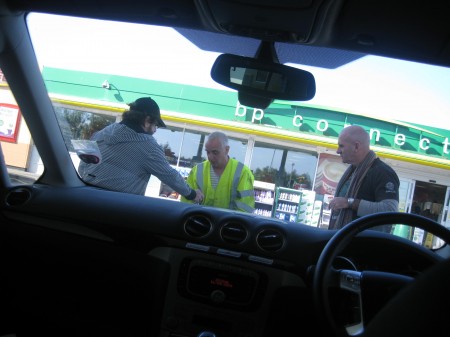 The poor bastard took one look at us all

Dad, trying to give him money

And me, standing there with a roll of duct tape

And our nice little good samaritan took off running

And I’m all like, dude, if I was going to go to jail for kidnapping

Oh yeah, and thanks for your help!