And now, for today’s class:

On our way to Carlisle yesterday we stopped at a historic sight, Furness Abbey to check it out 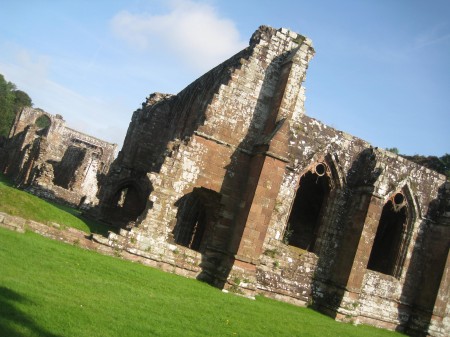 Founded in 1123 by Stephen, Count of Blois (close to 900 years ago),[2] it was built originally for the Order of Savigny.[3] Located in the ‘Valley of the Deadly Nightshade’ between Dalton-in-Furness and Barrow-in-Furness, the abbey is built entirely out of local sandstone. It passed in 1147 to the Cistercians, who gradually enlarged and rebuilt the original ornate church. The majority of the current ruins date from the 12th and 13th centuries. By the 15th Century it had been completely re-modelled and had become the second richest and most powerful – as well as one of the grandest – Cistercian Abbeys in the UK, behind Fountains Abbey.[4]

The monks of the abbey were large landowners, and the most powerful body in what was then a remote border territory. In particular, they were heavily influential on theIsle of Man. One of the kings of Mann and the Isles is buried at the abbey, as are many of the Bishops of Sodor and Man. Rushen Abbey on the Isle was built on land owned by the monks.[5] They also owned mines on the island, and built Piel Castle to control trade between the Furness Peninsula and the Isle of Man. Being about 70 miles down the coast from Scotland, the monks occasionally found themselves in between the regularly warring Scots and English. When Robert the Bruce invaded England, the abbot paid to lodge and support him, rather than risk the wealth and power of the abbey.

The Abbey was disestablished and destroyed in 1537 during the English Reformation under the order of Henry VII. 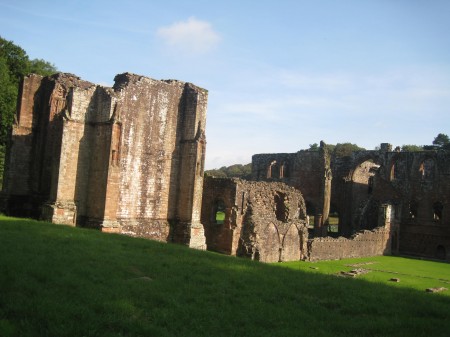 It now lies in ruins and is a popular tourist attraction, lying on the Cistercian Way — an ancient walk popular with tourists, which used to link the Abbey with the nearby town of Dalton-in-Furness. William Wordsworth visited on a number of occasions and referred to it in his famous 1805 autobiographical poem The Prelude, whilst Turnermade numerous etchings of the Abbey. Other notable tourists include the Theodore Roosevelt family. It was the first unguided visit on their European tour. A young Teddy Roosevelt and his siblings played on the ruins, which, in 1869, were not roped off or restricted.

We generally just go straight from A to B

Yesterday was a nice little detour though

We took some photos, had a walk around and learned a little about what went on there back in the day

That’s a long time ago right there people

The English settlers Poms didn’t settle in Australia until 1788

And Christopher Columbus set foot in America in 1492

Makes you realise just how historic Furness Abbey really is

He was reading the brochure about it to us

We really just couldn’t get over how long it’s been there, and the fact that it’s still standing

Dad: You wont’ find much architecture from our generation that’ll last like this

Me: I know. This place is like a bazillion years old, almost 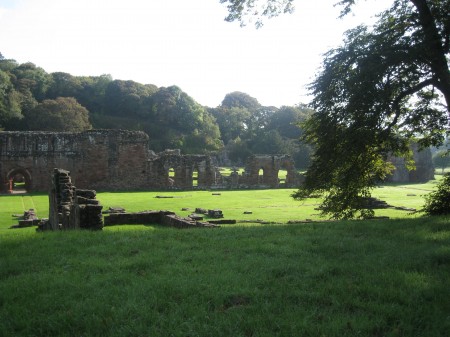 And just when I hoped she’s fallen asleep thought mum wasn’t even paying attention, she piped up

If it’s been around all this time, how come they can’t even finish it?