It was a drizzly, dark day – but not cold at all
Picture perfect Halloween weather 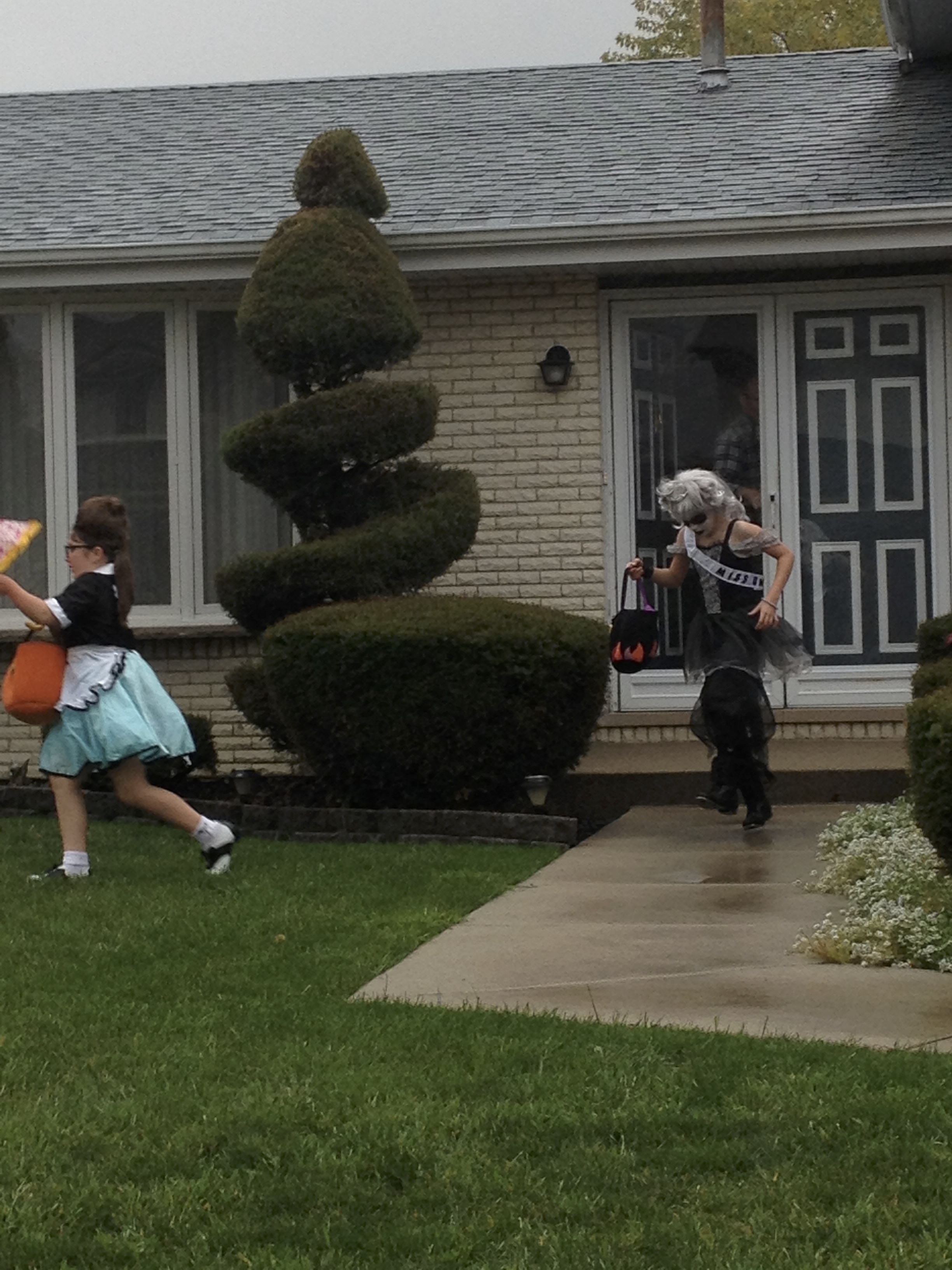 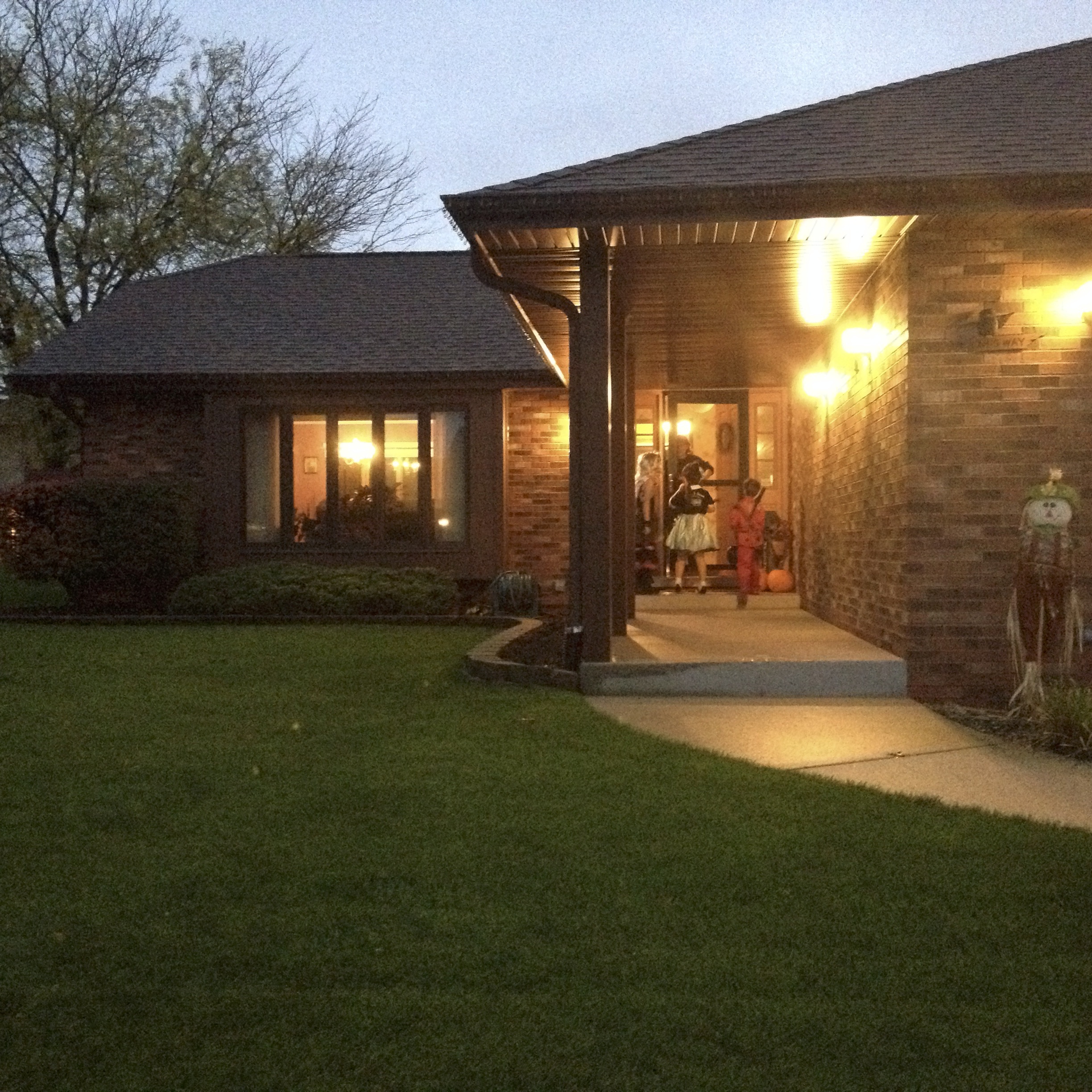 Diamond and I went back to our house a few hours later to change out of our itchy, polyester Smurf outfits, while the kids were at our neighbor’s house, where we were all meeting back for dinner

Imagine our WHAT-THE-FUCK faces when we walked up to our front door
To find it wide open **, and Fluffy barking like a nutter
And Eva nowhere in sight

Careful what you wish for, you guys.

All I could think of was, no way am *I* going to be the one to tell the kids that their dog
a) got out
b) got hit by a car
c) is never coming back
d) all of the above

While Diamond stood out in the driveway and did his best Marlon Brando in Streetcar Named Deisre, screaming, “E-e-e-e-e-e-e-e-VAaaaaaahhhhh!!!”

I stopped groups of trick-or-treaters whenever I saw them, to ask if they’d seen a little black dog

Of course they hadn’t
At that point, it was pitch black out, and Eva is faster than lightening.
If she WAS still alive, she’d be a little black-blur-of-fur darting in and out of people’s yards
Probably thinking this was the best game of hide and seek ever

I turned into a street to see a police car parked with it’s light’s flashing
I  slowly pulled over and parked nicely, remembering at that moment to also put my seatbelt on because I didn’t want to be arrested on the night my dog died
While wearing a Smurf costume
No prison bitch was going to make a Smurfette sandwich out of me
Blue is the new orange…..no thank you

Some trick-or-treaters that  were close by, walked up to the car
I asked if they’d seen a little black dog with white markings on her chest
“Yep”, they said
“She’s in the back of that police car”

Part of me thought they were messing with me
But the  other part of me that knows Eva, KNOWS she is totally the kind of dog to go and and party so hard that she’d score a ride home in a police car
I threw open my door
Ran over to the police car and banged on his door

“Do you have a black dog?”
“What sort of black dog?”, he said
I looked in his backseat. “The kind you have sitting in the back of your car”

He wound down the back window
Can dog’s throw themselves?
‘Cause Eva THREW herself through that open window into my arms

When Eva got out, she wasn’t wearing tags
I know, that’s stupid….but I swear she eats them
EATS. THEM.
Hers and Fluffy’s

Today I went and got them new ones
It took longer than it should have
Because hello, how the fuck do you work this thing? 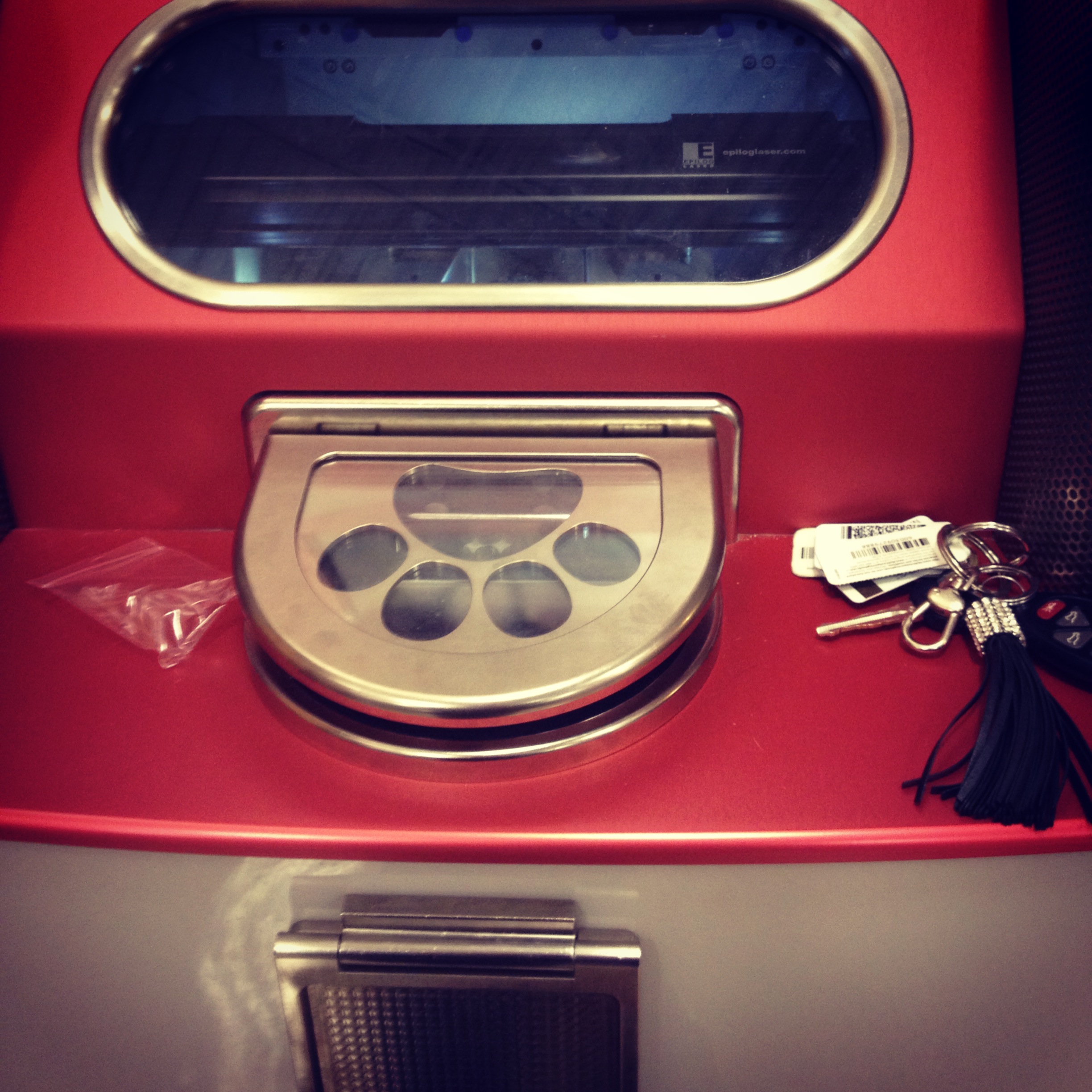 You type in their name
I decided to just use her first name
Also, Evil Eva the Diva Motherfucker didn’t fit anyway 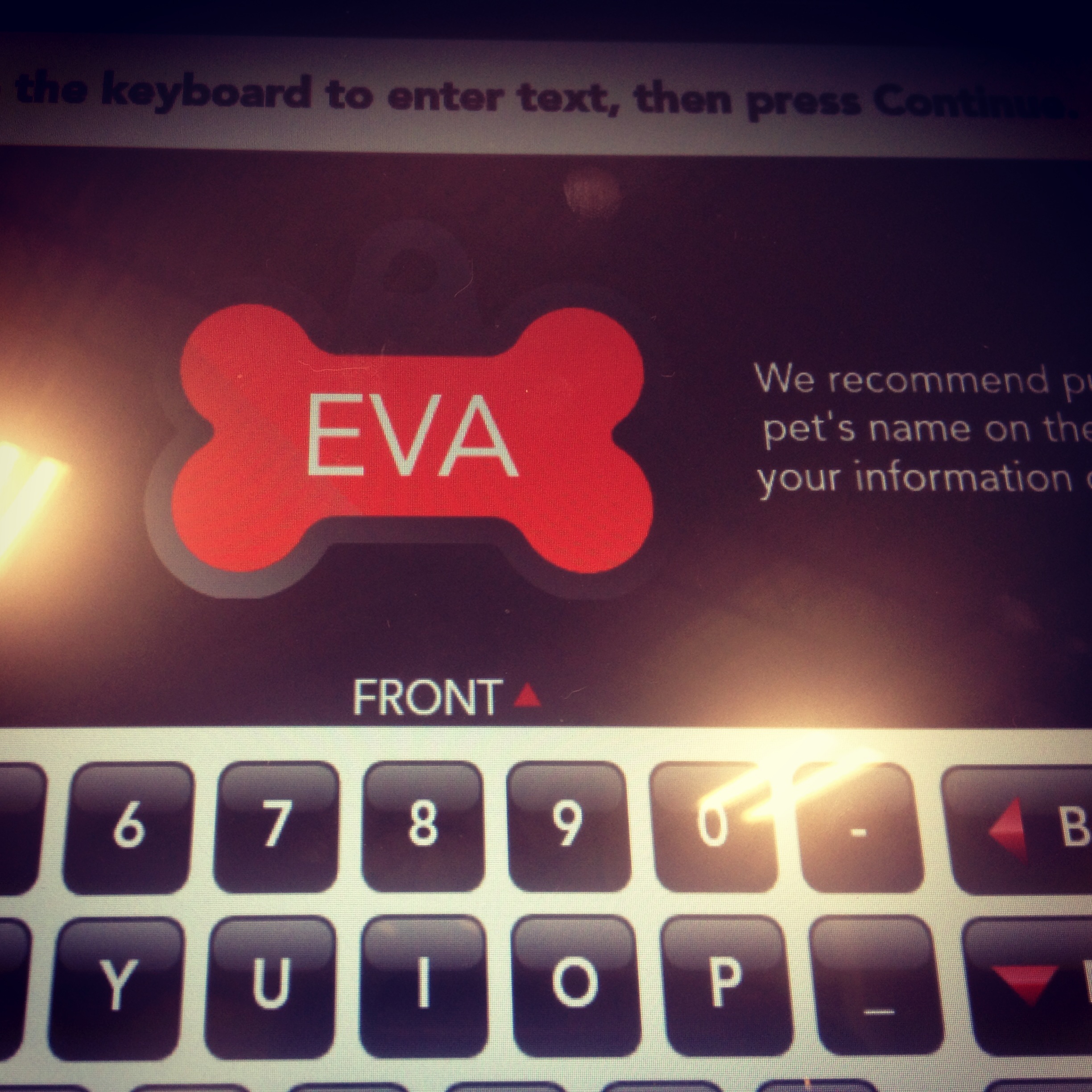 Fluffy is wearing his proudly
He’s such a good dog it’s ridiculous
I mean, our front door was open for HOURS and he never left
We still can’t quite believe that he didn’t leave
Just sat their, scaring the shit out of trick-or-treaters that were  brave enough to walk up to our (open) door with a 150 pound frenzied ball of fur growling at them

Eva, seen here giving me her best side-eye, hasn’t eaten hers (or Fluffy’s yet)
But really, it’s only a matter of time 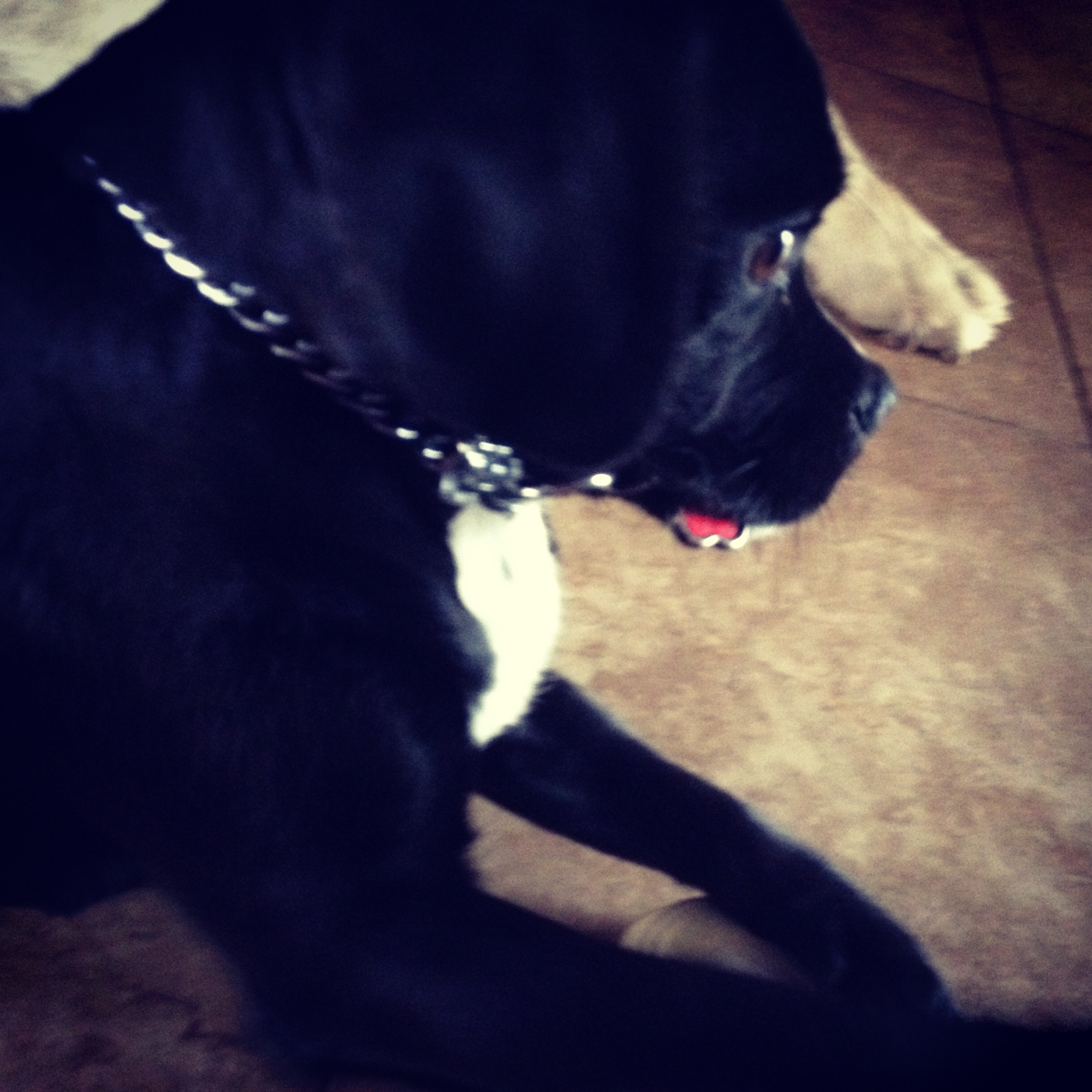 She hasn’t met anything, including metal chains, that she can’t treat as a meal 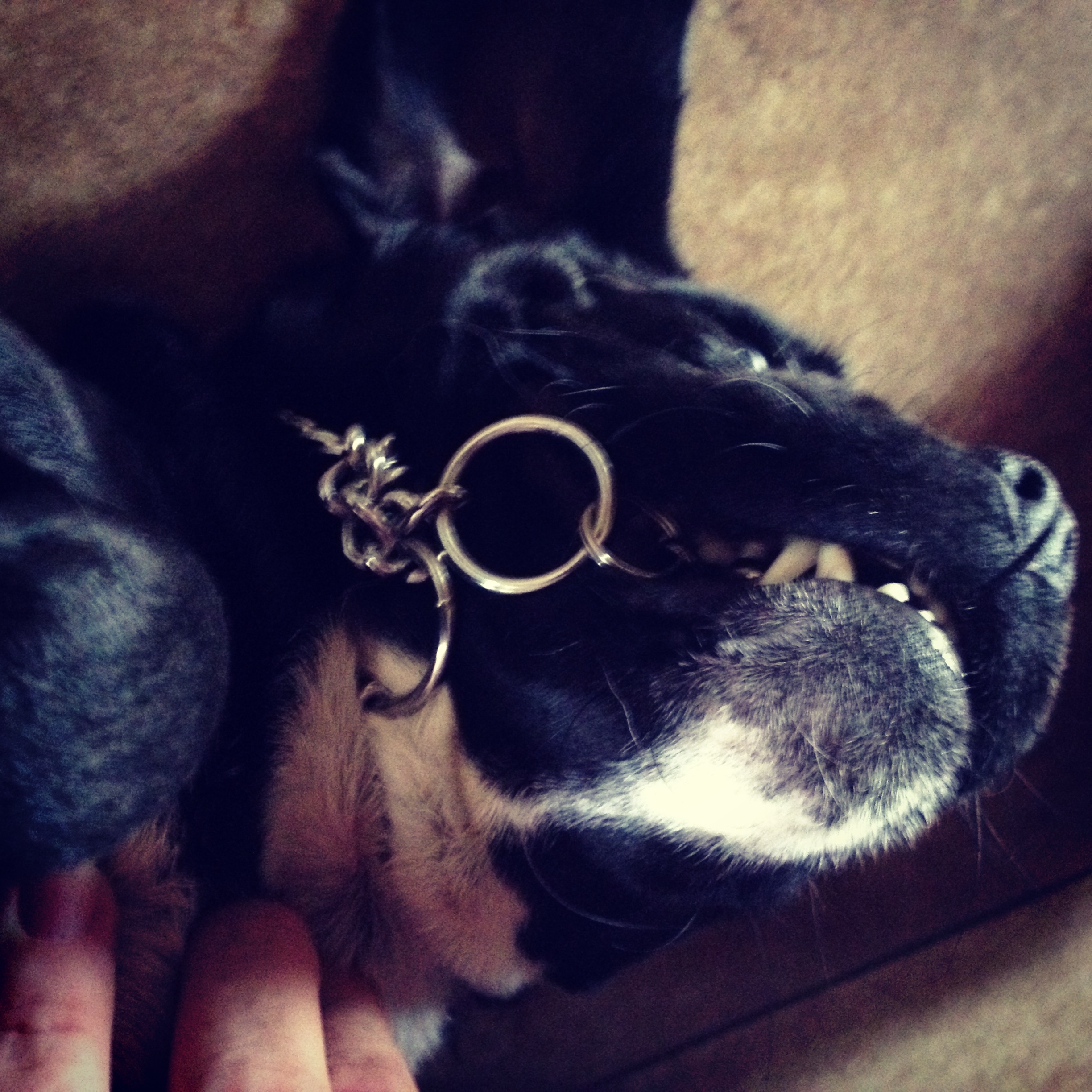 And yeah, I’ll say it
It would have sucked had things not turned out OK
We got lucky
Sooooo lucky
She’s still a little shit, and thinks the kitchen floor is her toilet
But she loves to groom Fluffy and sucks up his massive amounts of drool and slobber before it hits the walls, floor and yes, ceiling
It’s a full time job and a pretty rank thing to watch her do…. she just puts her head in his mouth and ughhhh….you know that suction-tube thing that they put in your mouth at the dentist?
She’s like a farting version of that
So Fluffy loves her
The girls adore her
In Diamond’s eyes she can do no wrong 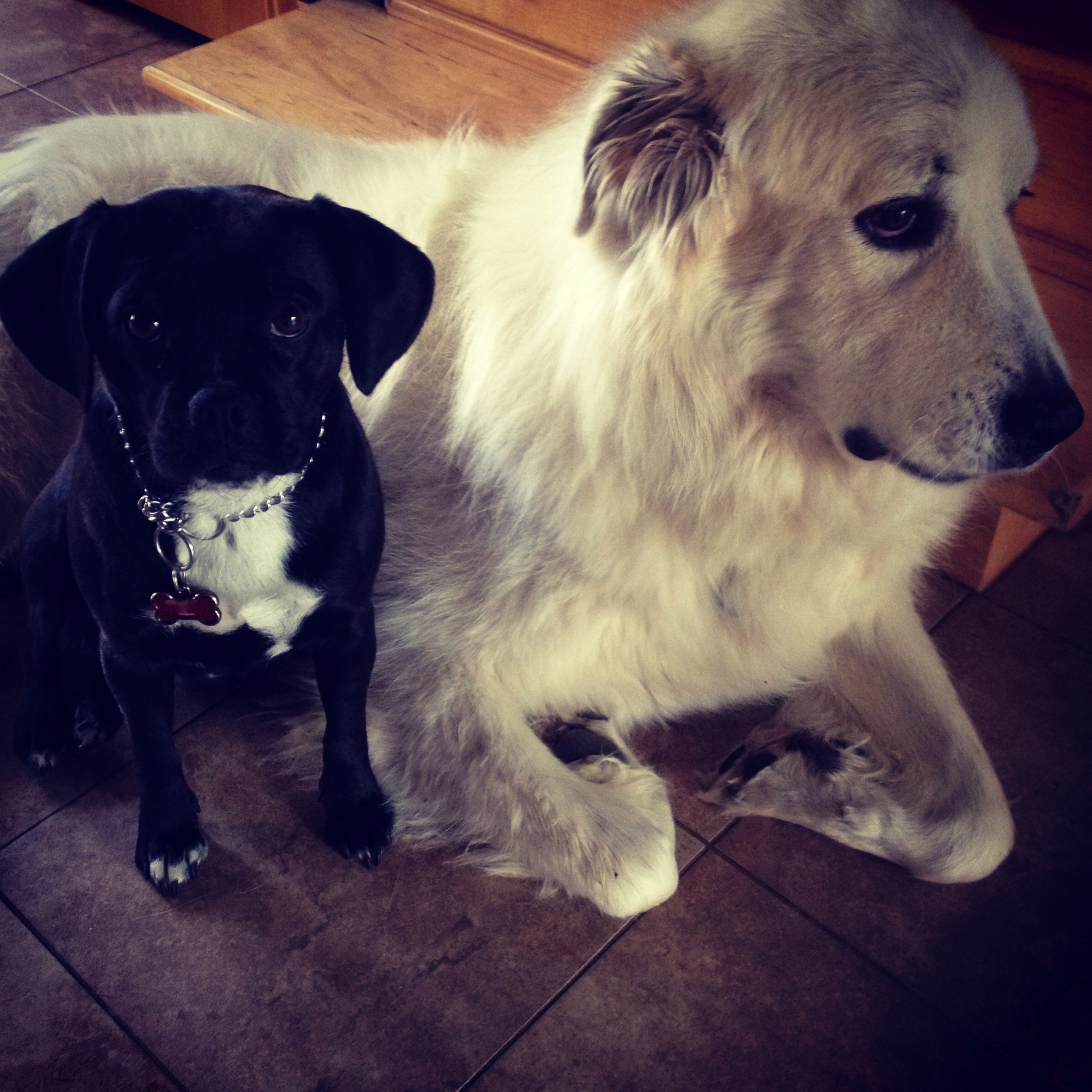 And me?
I went looking for her didn’t I?
OK, whatever…I might love her a bit
Ask me again in the morning when I’m picking up her poo

** Not sure who didn’t close our door properly,  but it wasn’t me!