I bought tickets a while ago to see Big Time Rush
Never heard of them? I hadn’t either, but they were Macaroni’s favourite.
Just think, boy band, pop music, New Kids on The Block with less tattoos….and that’s them.
Diamond decided that because this was the girls’ first ever concert (if you don’t count Winnie The Pooh, the Wiggles, and a bazillion Disney on Ice shows) we should ALL go.
The girls were all dressed in their best (read, only) Big Time Rush shirts, when a big ol’ storm hit. The skies were black, thunder, lightening. The dog was cowering in the laundry room. So yeah, fairly decent storm.
I was all, shit, the concert (which was outdoors) might get canceled.
So I went straight to my most valued resource for all important up-to-the-minute news updates.
Facebook.
After 30 minutes of reading eleventy-hundred people crying online about how the concert CAN’T be canceled or I’ll just die/kill myself/explode. (this was mainly the Mums)
They went ahead and canceled the concert.
Fuck.
To avoid breakdowns and tears by my own kids, and faster than you can say “who knows their credit card number by heart and can shop like a ninja online?” I bought 4 tickets to see, ‘Diary of a Wimpy Kid 3’. Because I was obviously determined to be brain-fucked one way or the other, this fine Saturday.
We grabbed some dinner, and headed straight to the movie.
While lining up for popcorn, 2 teenage girls came running up to us, all breathless, pointing to Magoo & Macaroni’s Big Time Rush t-shirts. “Were you going to the concert?” (i’m not sure how they didn’t notice MY T-SHIRT, that the girls picked out for me and I promised I would wear because I have no shame, and Diamond said you’re not REALLY going to wear that, are you? So of course I did. Also, Holy Boobies Batman.)
“Yeah, we were, but it got canceled” M&M said in unison, in their best, ‘my life is over’ voices.
The teenagers screamed, “It’s back on. It’s BACK ON. Cody Simpson just tweeted it”
M&M, “It’s back on?”
Tennagers, “YES…arghhh…..squeeeel….screeeeeam!!!!”
M&M, “YES?….arghhh….squeeeel……screeeeeeam!!!”
Oh my ears.
So, long story…not quite as long – we got a refund on our movie tickets, got back in the car – and drove out to the venue. 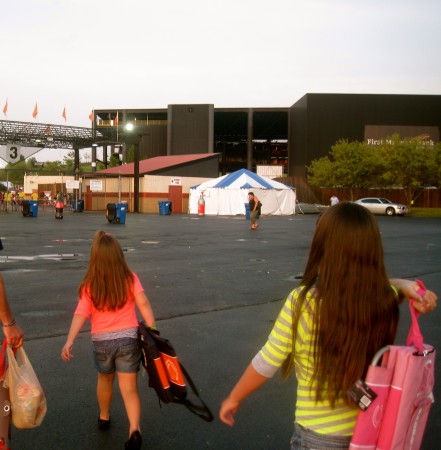 We had lawn seats up the back, which I felt bad about until I saw girls as young as 8 being stretchered out, because of ‘screaming/hysteria/what-the-fuck/fainting/where-are-my-parents’ by ambulance officers. I was pretty happy to not be anywhere NEAR that mosh pit of hormonal horror. But spewing about their no ‘big girl’ camera rules at the venue. So I didn’t bring it, then they didn’t even check my bag. Suck my Canon. 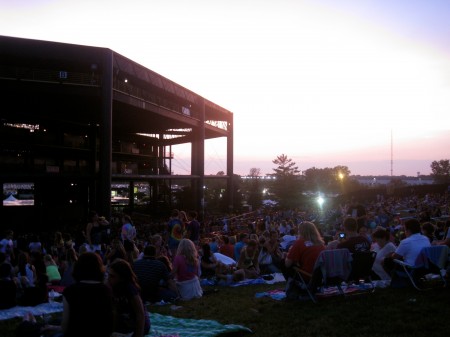 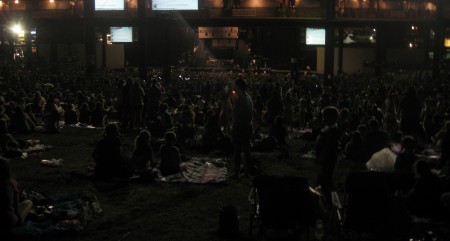 Then Cody Simpson, who I wanted to love….he is an Aussie after all. But when he did the whole, “…do you girls mind if I get comfortable, it’s so hot in here” and slowly took his jacket off and I subsequently lost my hearing for 10 minutes because of all the prepubescent screeching…..gah….thanks dude. Plus side, he’s a pretty freaky dancer. 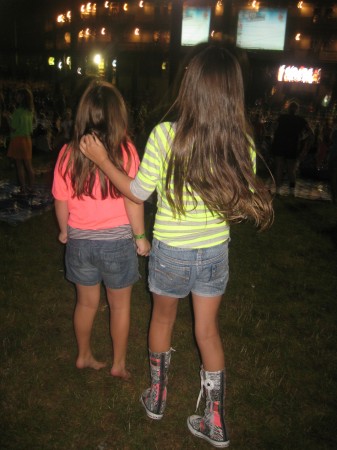 Then came the big guns. Big Time Rush. And all the ‘rushers’ (what the BTR fans call themselves. I am so hip to the lingo, holla) swarmed down the front. 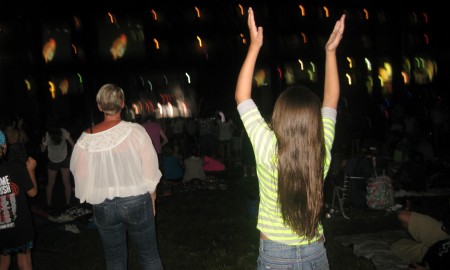 Except us.
And all the other smart people on the lawn.
They surprised me. They can sing. They can really sing. They made their show fun, age appropriate, and totally performed the shit out of their songs….that I didn’t know any of the words to but when Diamond kept delivering me margaritas, who am I to not keep dancing and la-la la-ing along like an over-aged toddler?
The crowd loved it. And I think it’s pretty safe to say that a fair chunk of the older girls there would have gone straight home to diddle their daisies after getting all hot ‘n bothered by their boy band experience.

I am thankful that my girls are still young enough that when one of the band yells out, “are there any girls out there looking for a boyfriend?” and thousands of Rushers lose their shit – my two are all, “ewwww….well that’s kinda gross”
Best part?
They both gave their first ever ‘real’ concert and 11 out of 10.
Diamond gave it a 9. Because the beer was cold, but he couldn’t have a proper nap on the picnic blanket while there was 20,000+ kids screaming, and people tripping over him.
Me, I would say a 10.
Watching my girls dance their butts off, scream out their lungs and sing their little hearts out, made it truly an awesome night for me. They did not stop smiling all night.
They’re all, “OH MY GOD MUMMY CONCERTS ARE AWESOME CAN WE GO TO ANOTHER ONE PUH-LEASE??
CAN WE GO TO ONE OF YOURS NOW MUMMY??” 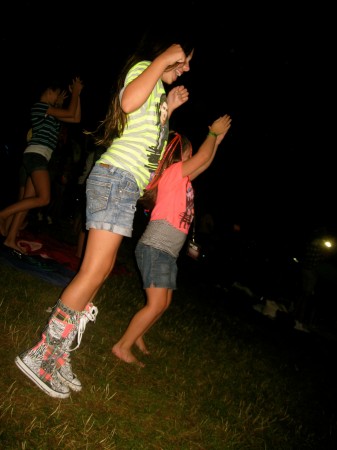