Macaroni wanted me to take her to volleyball yesterday
Diamond was all, yeah, you should go – I’ll make dinner
Took me all of 4 seconds to get Macaroni ready and leave
We got there and the coach said, OK parents let’s go!
Um…where…aren’t we here?
One of the Mum’s leaned over to me and said, today we’re playing a game. Parents against kids
The fuck?
Well played, Diamond

So I get up  and head out onto the court – where all the parents, mainly Mums, are stretching and warming up. Wearing their matching tracksuits and fancy gym shoes.
Lucky I’m so secure with my bad-self, or I might have been embarrassed in my leopard print leggings and ugg boots.

So the game starts, parents serve first. And one of the sporty-spice Mums torpedoes the ball over the net, so fucking fast that the kids all duck just to get out of the way.
This set the tone for the rest of the game.
I’m like, really? These kids are 7 & 8 years old, can’t play for shit, and we’re going to see just how much we can thrash them by?
Grownups are aresholes.

My turn to serve. I’m sure it surprises no one to hear that I’ve never played volleyball. My serve was underarm  to make it easier for the kids *ahem*
My first one went straight into the net. I laughed, the kids laughed. But Bubble-Butt-Bertha, in the Brown velour sweatsuit yelled COME ON!!!
At. Me.
My next 4 serves were good, so she left me alone.

Then it was her turn to serve. Her first serve was a rocket. Straight into the back of one of the Dad’s heads.
I laughed my arse off. No one else did
I kept yelling out to my team mates, ARE WE HAVING FUN YET?
*crickets*
I’m so not joking
The whole game, I kept thinking, I hope the kids kick our butts.

And, I can’t wait to get home and write about you fucked up moles.
Bubble-Butt-Brown-Velour-Bertha’s face was purple about 10 minutes into it.
Both from exerting herself (probably for the first time since 1984 when she was in her bedroom, buttering her muffin to Careless Whisper) and because she was getting so mad with me
She continued to nail every ball like her life depended on it, while yelling at her teammates and screaming at her daughter across the net. I was half hoping she’d have a heart attack. Psycho mama.

I laughed it off and said, well, there’s something for everyone. Sports have never been my thing. Luckily I have other stuff to fall back on. She actually laughed. And what would THAT be?, she said
She. Did. So.
Then Macaroni piped in,  MY Mum is a famous pop star.
In Japan.
Then she took my hand and we walked off. 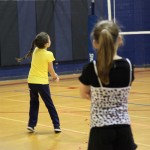 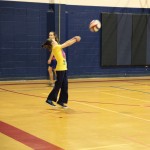 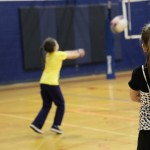 Either way, my new pop star name is JERRY TARIA!