I’ve been bordering on MIA with the posting of late

Was it the kids going back to school?

Or maybe a bout of gastro that wiped Magoo & I out – but at least got our post Christmas house, bleached, disinfected and spotless once again

Am I just being lazy?

It’s kind of a bit of everything

But mainly, it’s this

See, I found a way for me to stay on the treadmill for more than 8 minutes, before giving up in boredom….AND use the much neglected iPad

I found Sons of Anarchy on Netflix. And for someone that doesn’t watch television, I have FALLEN HARD.

Like, I totally understand how housewives don’t shower, ignore their families, live in sweat pants, survive on take out, and let their whole world revolve around their favourite  TV shows

My fucking God. Have you seen this show? You probably have. Because apparently the rest of the world has already known about this shit for years. It’s won Emmys, has crazy high ratings, and is heading into it’s 5th season this year, while I have been oblivious

I usually can’t sit still enough to watch episode of any show. I get fidgety, my ADD kicks in, and I head off to start  something else

But this, this is my crack, my latest obsession and possibly my downfall

I started just watching half an episode each morning on the treadmill. Which lasted 3 days. Until I caved and started carrying the iPad around like an appendage.

Cook dinner with one arm. Hold iPad and watch SOA at the same time, you get the idea. Basically, things that require 2 arms, or my full attention, are fucked until I’m up-to-date with this show

I’ve become that lady; in her pyjamas, headphones on (they swear like motherfuckers, so yeah, not for kids this one) glass of wine in one hand, iPad in the other and yell at the screen. And sometimes cry.

Once I’ve caught up on the show, I have to wait until FUCKING SEPTEMBER before the new season starts. Then watch it once a week, with ads. Like normal people. 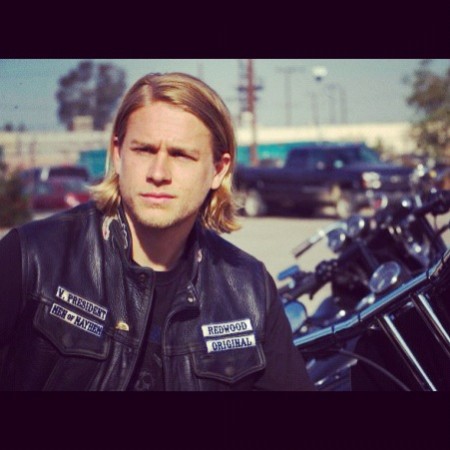 I assured him that blonde boys have never been my type

Plus, he may look dreamy in a biker jacket 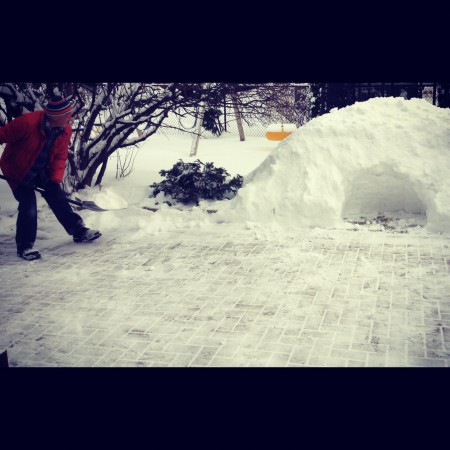