I should maybe call this ‘shit’ pic, not hit pic

She’s been a trooper about it though

And by trooper, I mean WAY better at puking than Magoo. Like, no mess anywhere. Nada. Awesomesauce

Which is WAY better than puke-sauce. In pink shag pile carpet. I’m talking to YOU Magoo

Macaroni even survived me not letting her go to school

And jigsaw puzzles, that I offered to sit down and help her with but, “…Mum, it’s really a lot easier and faster if you don’t help”

Oh, and yay for me. Who went out in the sub-freezing temps and snow, to meet Macaroni’s teacher and pick up today’s school work for her.

Because I offered to get her anything she wanted today. Chicken soup maybe?

So even without going to school, she sat and did hours of school work

Not sure where she gets the ‘learn-y’ gene from. But boy, does she have it bad 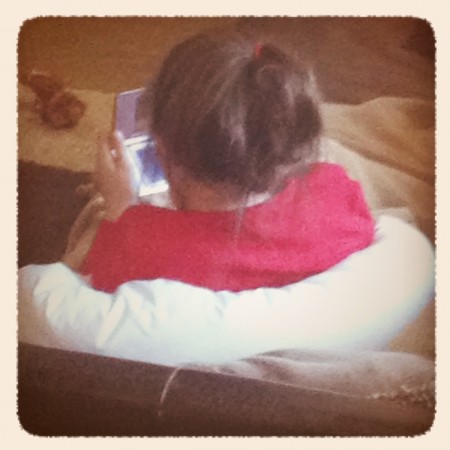 With me being Captain Pukey McShitmapants last Tuesday, Magoo on Friday and Macaroni starting last night

Guess I better notify the hospital