Our flight to Durban was a good one

Thanks to the airline we flew with 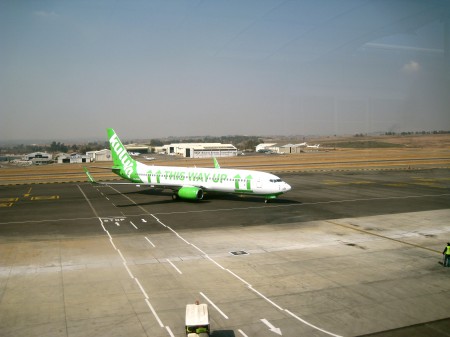 That says THIS SIDE UP on the side of the plane 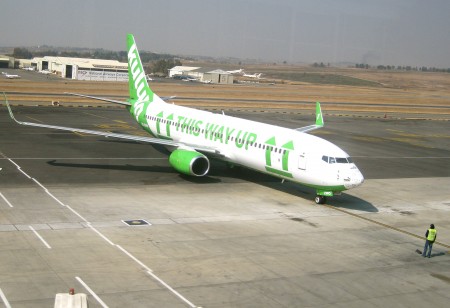 But this is how they paint their planes

Two years ago when we flew domestically here

We flew with an airline called ONE TIME Airlines

And I remember at the time thinking I’d be much more comfortable if they called themselves, EVERY TIME Airlines

But this, this RIGHT SIDE UP mob

Are funny as fuck 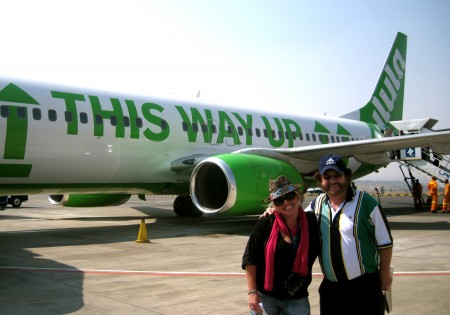 Once on board, the flight attendant’s ‘welcome on board / safety spiel’ was hilarious

I don’t usually pay much attention to them

And not able to find an exit from my own arsehole

If the plane I’m on ever goes down

But this crew had my attention from the get go

With an announcement that started with

Once we landed and were disembarking

One of the flight attendants said over the P.A,

Who knew flying could be such a laugh?