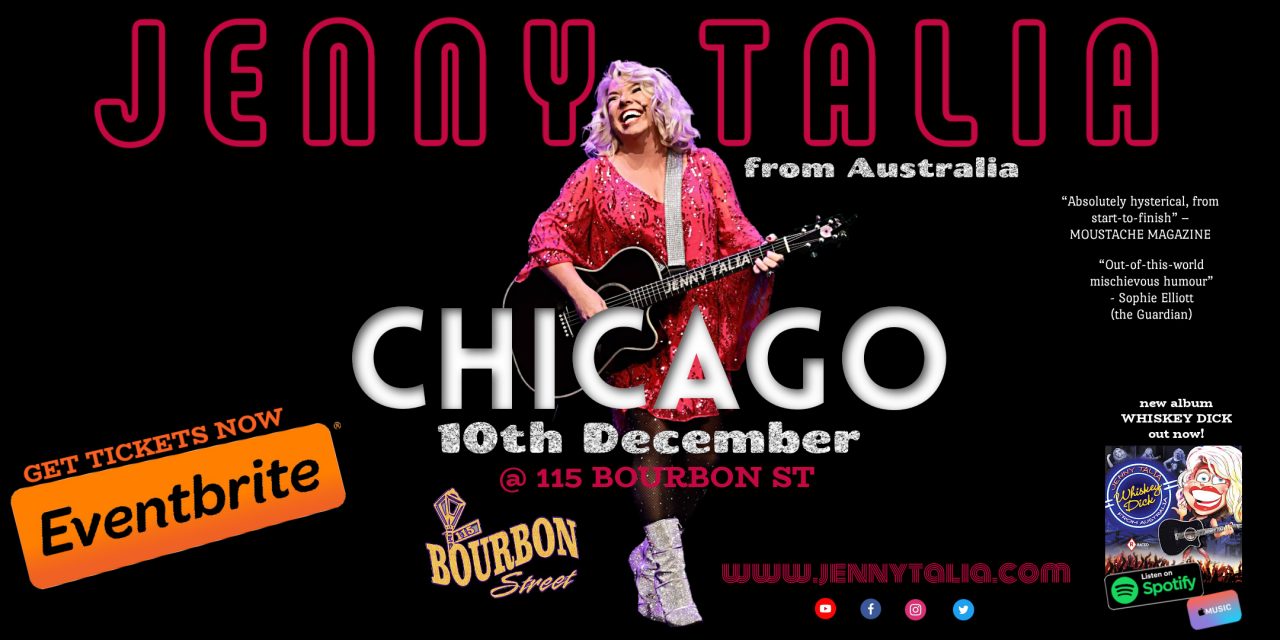 Chris Schofield from a government experiment that went wrong wrote on October 14, 2012 at 7:17 am:
Fucking excellent night in Croydon, you were both on top form. Shame the old boy won't be over here again. Fucking sad news that is 🙁 ps: I bet that wanker that got thrown out for filming your dad is gutted he missed the show!!

kevin wrote on October 12, 2012 at 2:17 pm:
look forward to seeing you on the 1st November in Manchester, also its my birthday!!! Keep up the good work

richard wrote on October 12, 2012 at 12:28 am:
hi jen great show 2 night thank you for puting your name on my dvd just watch it its great and for my pic i had done with you thanks again richard x

Dan Murphy from Croydon wrote on October 11, 2012 at 11:32 pm:
Top show tonight came to see you with My other Half Jeannine. Hope you liked your Bear and hope your Dad likes His kangaroo. see you again next year

Tracie from Essex wrote on October 8, 2012 at 11:47 am:
Bloody fantastic night in Gravesend never laughed so much in my life,Jen ur a legend xx

Hayley Carr from Hastings wrote on October 7, 2012 at 10:39 am:
Fantastic night in Hastings, looking forward to your tour we will be first in line for tickets!! Thanks for signing my CD had it on in the car on the way home....... See you next year!

Jeff Harland-Jones from united kingdom wrote on October 7, 2012 at 8:01 am:
Hi Jen What a fantastic show you and your Dad put on last night !!! at Hastings First time I had seen you!! you are certainly a chip of the old block!! Love your work Jen can't wait to see you again the next time you come to the uk

Sandra Churchill from Cairns Australia wrote on October 6, 2012 at 4:59 am:
Hi Jenny I hope you remember us from your gig at the Balaclava in Cairns. Our son lives in Weston-super.Mare. You told us to make sure him and his wife went to your gig there this year. He has got 2 front row seats!!!! Their names are Philip & Jane Churchill. regards Sandra & Rob

Steve Smith from England wrote on October 4, 2012 at 1:39 pm:
The day after your Southend show, laughed so much my sides hurt! Brilliant, thanks for the photo, we were the pissed two with the DILL and GAFF t-shirts!

Suzi from UK wrote on September 9, 2012 at 4:43 pm:
Hi hun Just wanted to say so sorry about Pops but bloody hell 96!!! Pretty damned good!! Blessim- I'm growing old gratefully me and OMG retire at the end of Oct WTF am I going to do then (and hubby retires on the same day FFS!.........he could have waited a month.....a week......... a day!!!!) Croist! the liver's going to go!! MUCH love to you and yours angel xxxxxxxxxxxxxxxxxxxxxx Suzi xxxxxxxxxxxxxxxxxxxxxxxxxxxx

Brandi from Mandurah wrote on August 7, 2012 at 4:15 pm:
oh its brandi again! and also also I know you I just realised I have met you, you know my pop Grahem Bignell and my Mum Jodie Bignell, and I know your dad. ahhhhh this is strange. Last time I seen you I was young.

Brandi from Mandurah wrote on August 7, 2012 at 4:12 pm:
Hey! I was born in Kalgoorlie and now I live in Perth. I am 20 and just insanely in love with Michael Alig and Obbsessed with you and James st James and I just want to know you or anything about that time haha. I'm sorry.

Dai Davies from Wales UK wrote on August 7, 2012 at 3:36 pm:
Hey Jenny, just a message to ask you not to take the piss out of me again in Swansea like you did the last time you came to our town. Only joking, fire away babe!

Ed Abbott from Dunedoo wrote on July 4, 2012 at 4:13 pm:
Hey Jenny! Love your songs so much! One of my great friends recently broke up with her boyfriend and she has fallen in love with your music, as have I. Was just wondering when you're touring in Australia next. I live in Wollongong and I promised my friend that if you come anywhere close to Wollongong I would buy her a ticket, so you have at least two people wanting to see you in the area! When will your next Australian tour be?

brian harkness from Cleve. sa wrote on March 22, 2012 at 9:42 am:
Heard you first time at whyalla last week you were great thanks

dwarfedgiant from UK wrote on February 13, 2012 at 10:26 pm:
Morning. Just stopped by to say hi and also let you know that I have just bought tickets for my folks and my self for your Dad's show in Peterborough on his COP-U-LATER tour which looks like you will be there too! Great! Can't wait! Why is it his last UK tour? I guess it is a long fucking way to come, and the UK is pretty shit. To be fair. Anyway, I couldn't let the opportunity pass without getting tickets. Check you later.
Guestbook list navigation←1...34567...15→