OK, I’m back on deck

After a few days away with the fam

Actually, it was ONE more than a few days ’cause we were having so much fun we didn’t want to come home

So we stayed one extra

Mainly to keep Diamond & I happy

There were waterslides, roller coasters and PUBS to dooooo!

Once I get my pics sorted, I’ll post some up

For now, here are a few from the arcade at the hotel

Taken on my phone – in the dark

And never go in them

But there was something about our hotel, with it’s abundance of gift shops, bars, restaurants, Starbucks AND a Croc shop

And those things are C-O-M-F-Y

Why has no one told me this before?

OK, maybe they did

I gotta tell you, that place was the SHIT 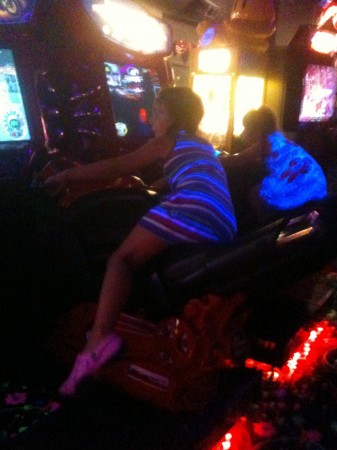 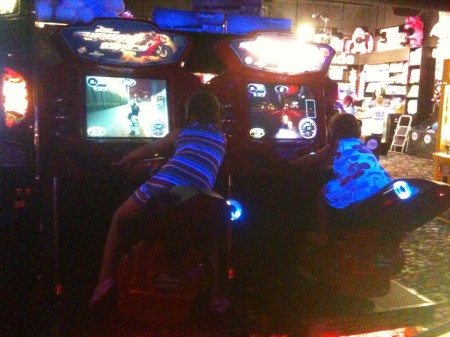 Just shut up already with the I-told-you-so’s – alrighty?

I could have spent HOURS in that joint 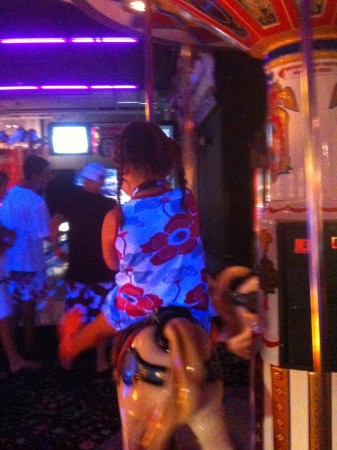 We tried every game at least once

But my favourite was the boxing game

Firstly, because watching Miss 4 try to hold up her arms and punch some 7 foot Russian mongo looking dude in the face, was just fucking funny 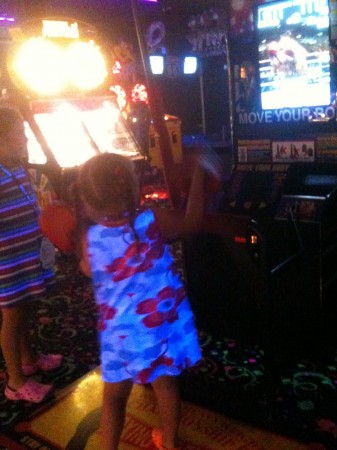 That I never really had, but like to think I did 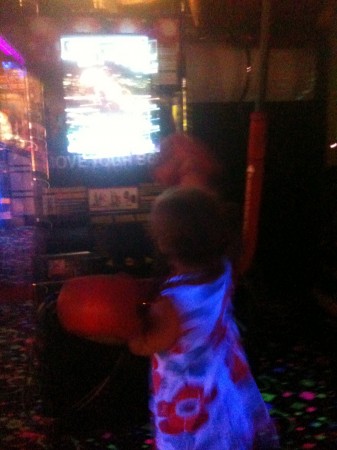 And for a while there, I was on FIIIIIYAAAAR!

You shoulda seen me goooooo

But, like all good things – it came to an end

Right about the time I swung with all my shit

With a deadly right hook

And punched Miss 4 in the face

Fear not, my guilt was abated by copious amounts of icecream, build-a-bears & cuddles

If you saw the shiner I gave her, you’d have bought the kid a PONY

And I would have too

But the gift shop were all out