Oh yeah, and we big fans of nick names to

I mean we DO speak English and all

But it’s definitely our bastardised own unique version 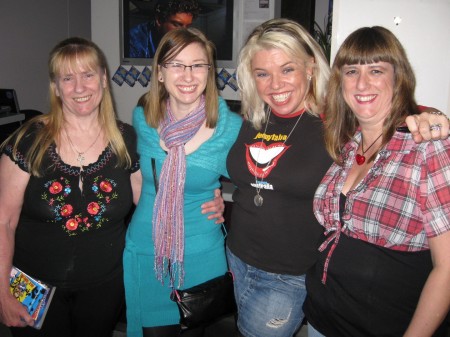 I said, thanks for the pressies

And they brought chocolate

Boxes of the stuff

So I am now in chockie heaven (also spelt, choccy) 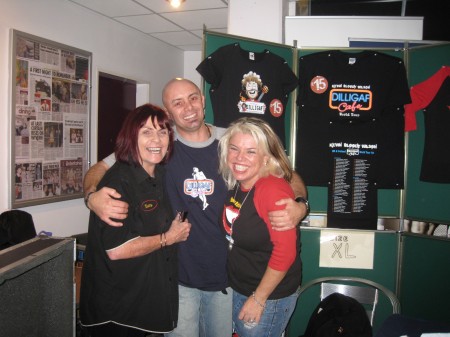 A pretty successful one too 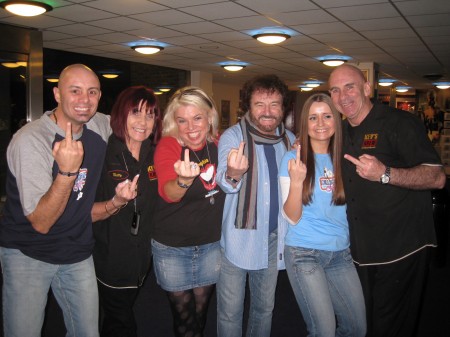 So he must be pretty fast right?

That’s why we call him SPEEDY

(in unrelated crap stuff – I was telling Speedy’s girlfriend that CAMEL TOE is about Polish women and their need to wear pants 2 sizes too small. Tanya is Russian – that’s not the same right?)

She’s done it for some of Dad’s too

I met her a few years ago at a show here

And we’ve kept in touch since then

And I got to meet Kris’ mum Karin last night too 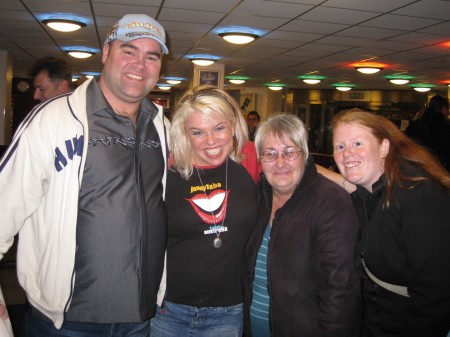 I just realised Anne  & Kris don’t have a nickname

While I plow thru the whole box nibble on my chockies

Then there was this motley crew 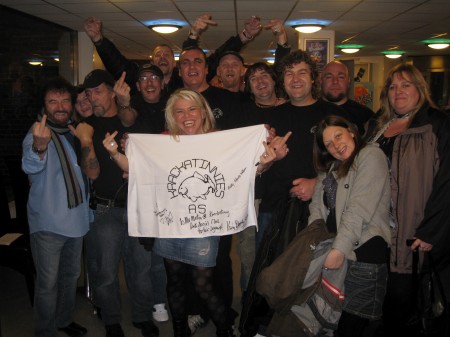 And they’re all FUCKING MAD c-c-c-c-razy

They have this chant, where they yell, “KRACKATINNIEEEEEEEES”

And then they all join in together and scream, “OOOOOYYYYYY!

Funny bastards they were

Even if they did make my ears bleed