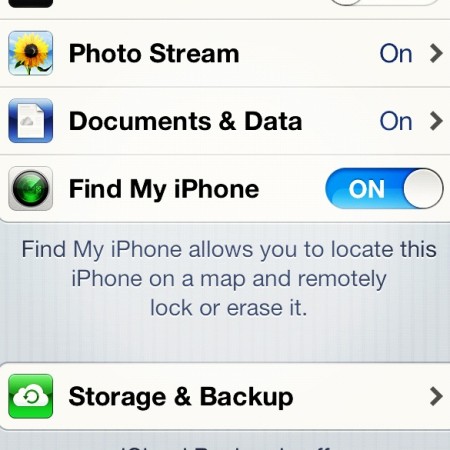 It’s like a little GPS tracker thingy that locates your device, and shows you on a map where it is. It’s a handy little feature for people like me, who are scatterbrained and have hangover-brain-fuzzies most days
The first time I lost the iPad, the app was showing me it was in my car. I still couldn’t find it.
It should have been more specific and told me it was UNDER the seat, hidden by empty Starbucks cups and god-only-knows-how-old fries
The second time, I left it at the gym. Because I cannot spend more than 90 seconds on a treadmill or elliptical (totally had to google that word because I kept typing epileptic – and if you’d seen me on it, you’d know just how apt that is) unless I’m watching an episode of something trashy on the iPad. This month’s cheese-fest is season one of Nashville. Needless to say, I fucking love it. When I realised I’d left the iPad there, I called the gym, and they told me no one had handed it in. So I checked the ‘find my iPhone app’ saw it WAS there on map, drove over there, and found it sitting exactly where I’d left it. On the bench next to my water bottle. The lady at the desk couldn’t believe that it was still just sitting out there, and no one had taken it.
Chalk that up as another great reason to patronise an establishment full of octogenarians They don’t steal your shit probably because they don’t know what the fuck an iPad is

Lastly, my phone
The locating map was telling me it was in my house
But do you think I could find the fucking thing?
I looked EV-A-REE-WHERE
There’s a little bell, alarm beepy thing, that you can activate (from the app) that is supposed to help you find your missing device
I could hear it coming form the kitchen
I THOUGHT it was coming from Eva  but Diamond said it was coming from the bin
The little ringing bell was so faint, it was hard to tell
It really should be someone’s voice….like Samuel L Jackson saying, “Yo asshole, your phone is over here”
It would be WAY easier to find THAT.

So Diamond tipped out the contents of the bin
And ewwwww out fell my beeping-covered-in-slimy-what-the-fuck? phone! 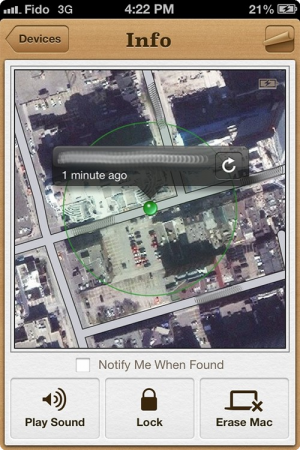 Do you use this app?
You should totally tell me your password so I can stalk you

Oh-my-God how much fun would THAT be??