Biffo: Australian slang for ‘fight’ – eg; “she got into a bit of a biff, it was a fair dinkum biffo!”

So we’re in Dunedin today

Walking through town, I was amazed at the amount of shoe shops

I am a big shoe fan

My 3 closets full of shoes, will attest to that

But on the road, shopping just means more shit to try and cram into your suitcase

That you have to carry every day

But I was inundated with UGG boots today

And I totally NEEDED a new pair of UGGS

My old ones are nearly a decade old, and full of holes

So, with that in mind I decided to shop for a new pair of UGGS 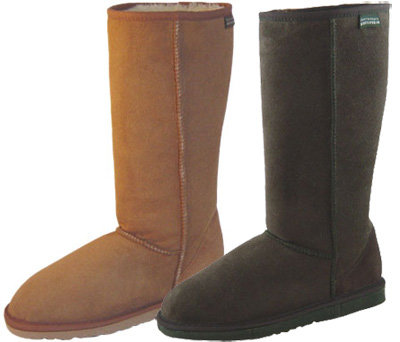 But you know what I found out today?

UGG Boots aren’t even MADE in Australia anymore!

Yep, as with everything else, they’re made in China these days 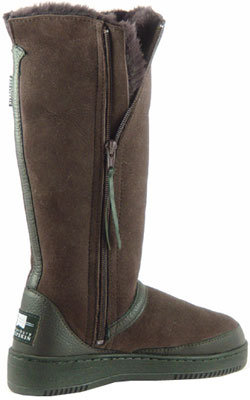 And the best bit, they’re 100% made in New Zealand

Love them….and wore them all afternoon 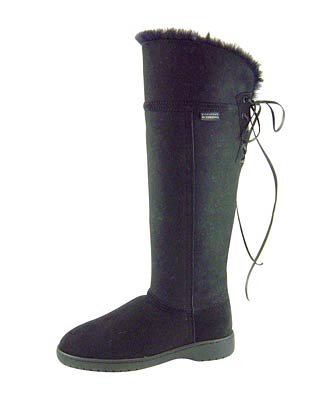 Mum gave me the, “Have you got enough room in your suitcase for another pair of boots?”

There is ALWAYS room for more boots Mum, always

We get to tonight’s gig

And Mum radios me backstage

“Did you bring your new boots?”

I was waiting for her to give me shit

“Yes I did. I just took them off to put on my work boots”

“Can you get someone to bring me out your wool boots? My feet are freezing out here!”

So I sent my warm & woolly boots out to Mum

And it was lucky I did

There was bloke during my show who was, how should I put it…. a bit vocal

“…Jenny I LOVE YOU! Jenny I lost my family because of you!!”

“…Jenny my wife left me because of you!”

And this is where he started to sound like Forest Gump

He, eventually quietened down a bit

Only to ark back up when Dad came out

He got warned again

Then we sent Betty in

Who tried talking to him

He basically told her to go fuck herself

But not that nicely

She told him he had to leave

He told her to go fuck herself again

It was a blur from then on

Mum grabbed him by the collar

Next thing I know he was out on the street, sitting on the curb

While the crowd in the theatre were on their feet, giving Mum a standing ovation

And probably still will be tomorrow morning

When I go back to the shops

To buy Mum her OWN pair of BIFFO BOOTS