I know, I know, you totally want to punch me in throat right now
But I didn’t make Christmas the 25th December, so this one’s totally not on me
Blame Jesus or Santa or Obama if you want

Even then, it’s still only 50 days until Christmas you guys!!
Holy buckets of reindeers!

I really shouldn’t be too bothered, because I’m usually one of those arseholes that’s done with my Christmas shopping by September
But not this year

Recording the new album, taking time off while my Mum was here
And me being the current gold medal holder for the procrastinating olympics
Are all factors in me wanting Christmas moved back at least until February

I don’t fancy my chances

But I can kinda help YOU guys out

Did ya know I have a new album out A Christmas Album?

And if that doesn’t make the perfect fucking Christmas gift for those you love this year
You can butter my butt and call me a biscuit (Macaroni’s new favourite saying, blame her)

I know I wouldn’t mind MY stocking being chock-full of  JENNY TALIA
Who doesn’t want 15 tracks of adults only sing-a-long festive tunes??

If Bette Midler and Joan Rivers had a baby that could play guitar and write Christmas songs, Jenny Talia’s CHRISTMASHITS is the album that kid would make!

So here’s the deal…
You can order SIGNED copies of CHRISTMASHITS via the website
HERE’S THE LINK TO ORDER
I leave for the Queensland and New Zealand Tours this weekend, but any orders that come in before then, can be personally signed to whoever you want. 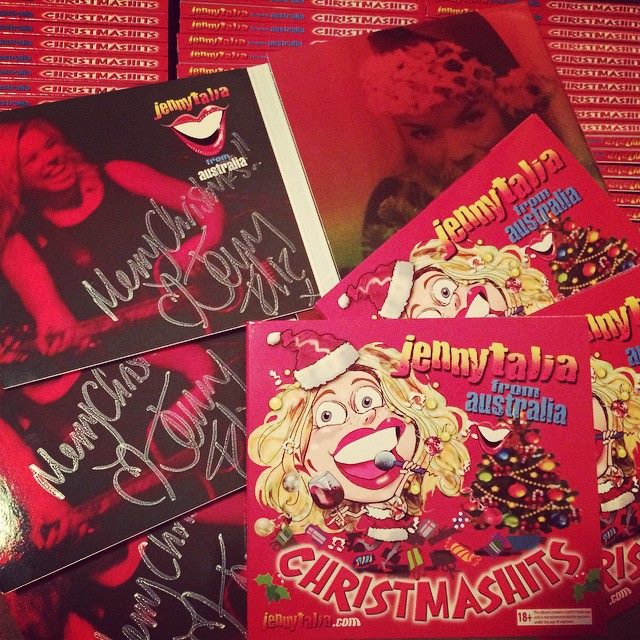 And you know what I just discovered?
(that’s probably been around for donkeys but fuck off it takes me a while)
You can ‘GIFT’ someone an album on iTunes!
Yup, right under the ‘buy album’ button, is the option to GIFT the album to the person of your choice

So I just saved myself a shitload of postage and gifted my album 14 times to various family members all over the map
YOU ARE WELCOME AUNTY JANIS. 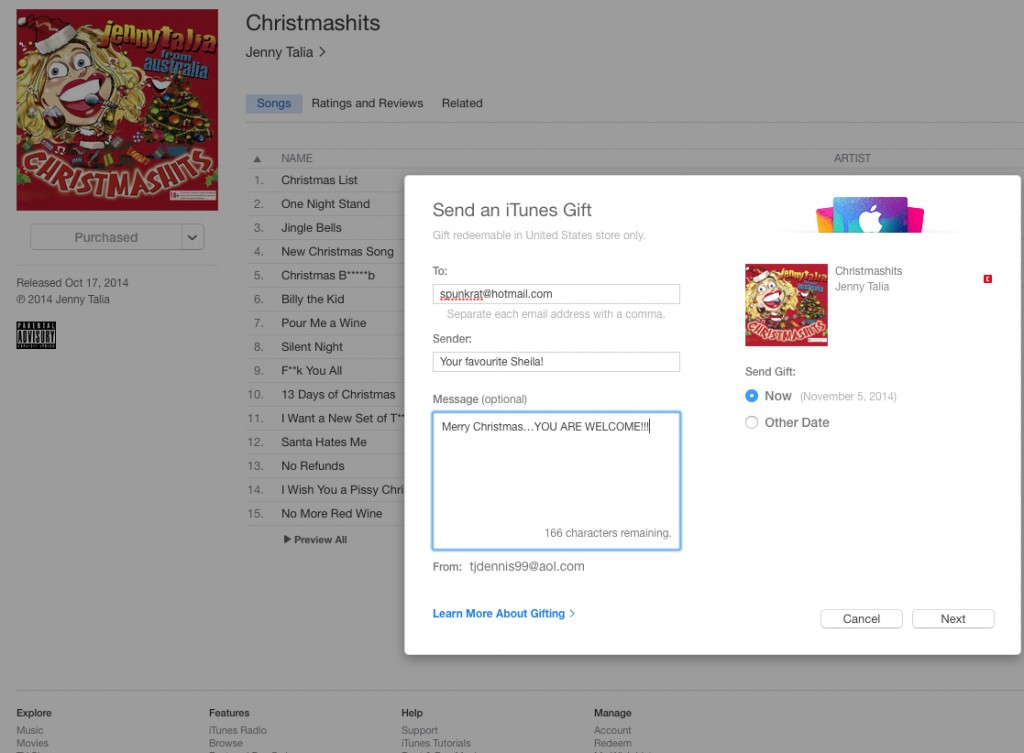 Starting in December, I’ll be running a CHRISTMASHITS COMPETITION
With some cool, exclusive prizes
More details on that soon!

ANYONE that’s bought a copy of the album will be automatically entered into the CHRISTMASHITS COMP
The more copies you buy, the more chances you have to win!

So, fuck Christmas being only 50 days away
I think we just sorted that shit out in a few paragraphs, AMIRIGHT? 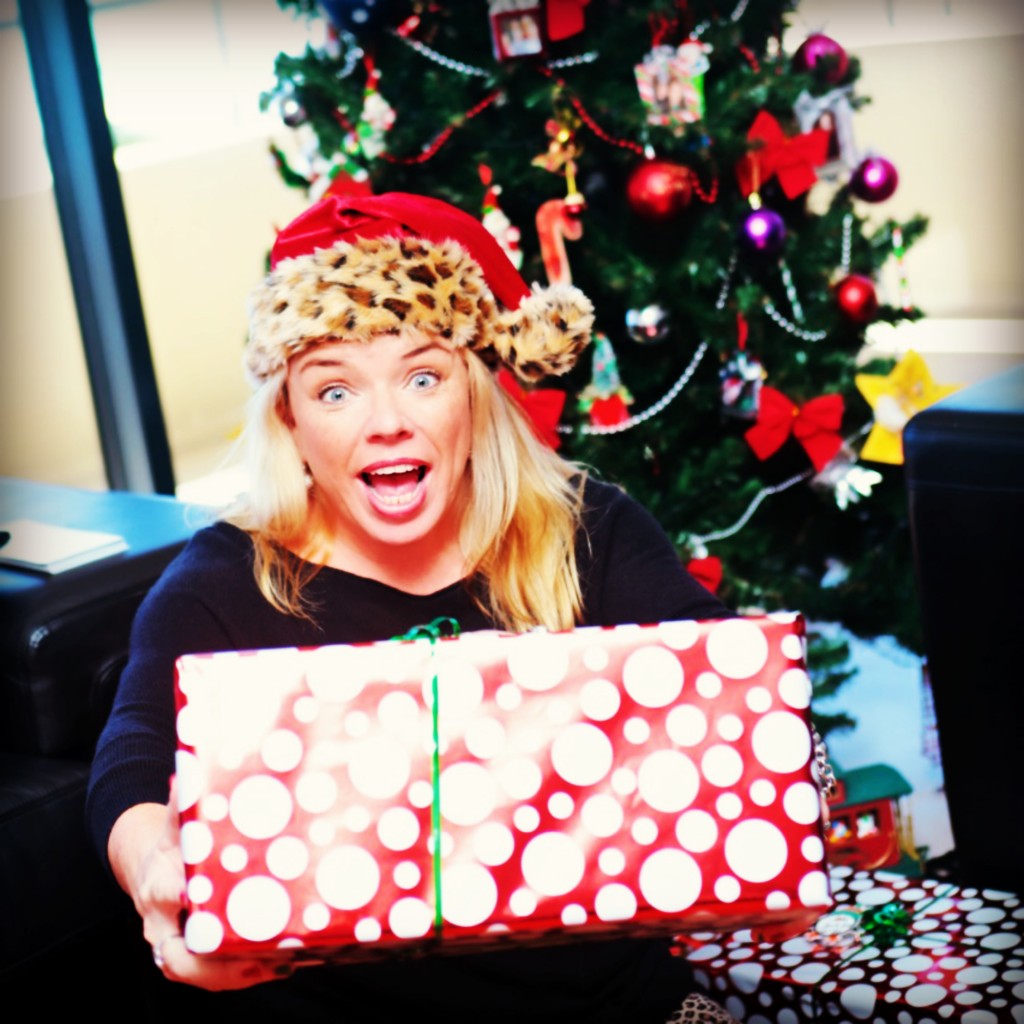 CLICK HERE TO ORDER YOUR COPY OF CHRISTMASHITS ON CD!