ANZAC DAY marks the anniversary of the first campaign that led to major casualties for Australian and New Zealand forces during the First World War.The acronym ANZAC stands for Australian and New Zealand Army Corps, whose soldiers were known as Anzacs.ANZAC DAY remains one of the most important national occasions of both Australia and New Zealand, a rare instance of two sovereign countries not only sharing the same remembrance day, but making reference to both countries in its name.
ANZAC DAY is a national public holiday and is considered by many Australians to be one of the most solemn days of the year. Marches by veterans from all past wars, as well as current serving members of the Australian Defence Force and Reserves, are held at dawn services in cities and towns nationwide.  – (source: wikipedia)

My Pop was an ANZAC soldier.
Our family is so proud of him
And while we feel the loss of him everyday
On ANZAC DAY we do a little more… 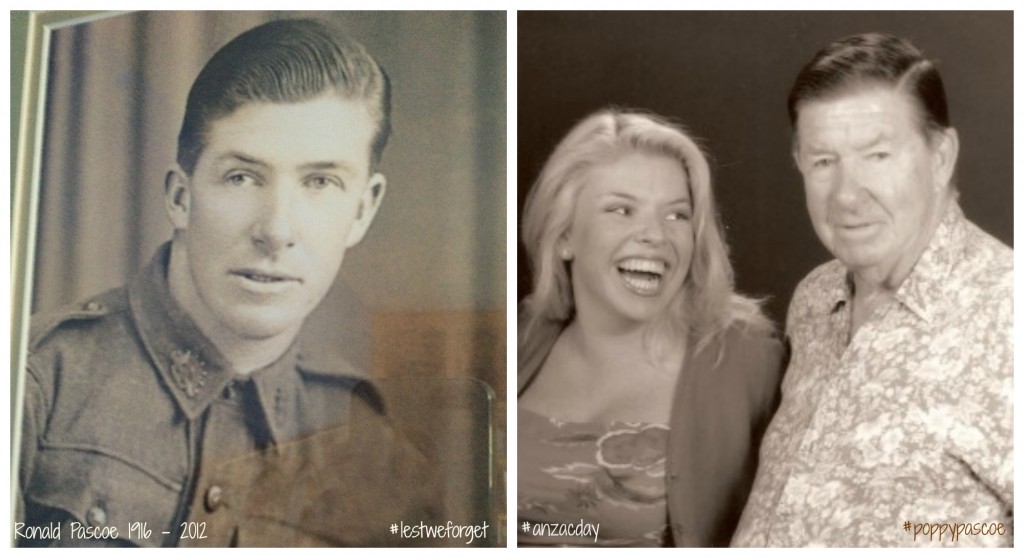 “…They shall grow not old, as we that are left grow old:
Age shall not weary them, nor the years condemn.
At the going down of the sun and in the morning,
We will remember them.”