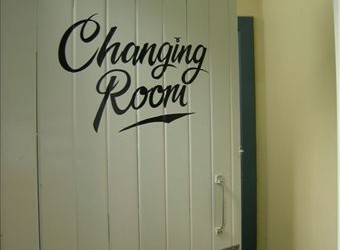 Getting ready to leave for the Sydney tour involves lots of organising
Important things…..like finding my suitcase, finding my passport, finding my guitar tuner, finding my travel pillow
You get the idea
I thought I’d take a break from all that ‘finding’ today, and go shopping

It was only 10am at that point, which, even for me, is too early for a wine
Otherwise I totally would have stayed home ‘finding’ stuff….AND drinking.

I had some gift vouchers from my birthday that have been burning a hole in my pocket
So off to the mall I went
90 minutes into it, I’d visited four shops and tried on 33 different tops. I wish I was exagerating.
Oh the joys of finding shirts to fit when you’re a double D cup with a back as wide as an olympic backstoker. A BOY olympic backstroker.
Yeah, it’s always fun.
Today it got REALLY fun. 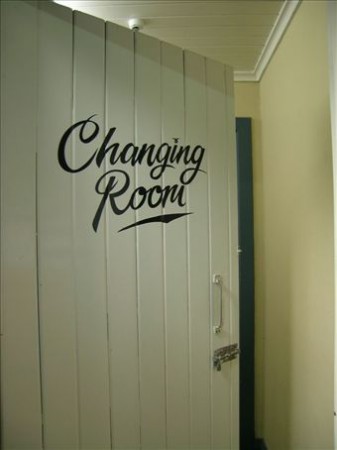 So I’m in shop number five. I had 8 tops to try on. Why no pants? Because I always end up wearing some version of leggings…and I already have eleventy-hundred pairs of those in various colours and animal print.
Store 5’s rules were, only 6 garments allowed in the changing room at a time
So after ‘Sasha’ the ‘associate and all-round trendsetter / supermodel / judgey-judy’ unlocked the change room for me, she took 2 of my items, and hung them outside the door.
“bring the other ones out when you’re done, then I’ll give you these two”
K.

Tried the six shirts on.
Technically only 4 fit over my head, but my ‘change room hair’ and sweaty back made it look like I’d been in there hours trying on shit and wrestling alligators.

Opened the door to give Sasha my failures and swap them for the other 2 shirts
She wasn’t there, so I reached out my arm to grab them
Like, r-e-a-c-h-e-d

Until I reached SO far out the door that I lost my balance, fell out the change room
The door closed behind me
The door LOCKED behind me

I came to the realisation it was locked as I lay sprawled across the shop floor
IN MY UNDERWEAR
That’s right….out in the open. In my un-fucking-mentionables.
And not the nice matchy-cute shit either
Nooooooo…
I’m talking black spanx and a beige nanna bra
Yep.

After saying a silent ‘thank-fucking-God’ that the shop was mostly empty
I grabbed a bunch of whatever I could get my hands on, from the racks closest to me, plus what was left of my dignity
Got to my feet, and walked over to the counter
Like I was a motherfucking boss
And not the fucktard the store cameras would no doubt show I was at the shop’s Christmas party
I figured if they were going to remember me, they might as well REMEMBER me
So I Naomi Campbelled the shit out of that walk of shame
Held my head high, and politely asked Sasha if she would be so kind as to unlock the door for me
Which she did….all while looking a little shocked with her mouth hanging open
It’s like she’d never seen a 5 foot Australian using beaded prom dresses like a sandwich board

I got dressed, walked out smiling
Drove home smiling
Poured a wine (it was 12:01)
And ordered 3 new tops
Online
From the comfort of my kitchen
In my underwear.