At more than half the shows so far this tour, and on all previous tours here, there are people waiting by the backstage door. Mostly for autographs and pictures. Sometimes to just say hi because they weren’t able to get tickets.
It’s some serious dedication….it is COLD over here right now. Sometimes we are met with people that have been waiting hours in the freezing cold. Outside. Brrrrr.
Tonight I met Heidi. Heidi asked on Facebook if I would be around after the show to maybe sign a photo for her. I told her I could do that at intermission if she wanted.
But (despite being 6 inches taller than me) she’s only 16. Too young to go to the show.
So I messaged her what time I would be getting to the theatre, and her Dad brought her down. 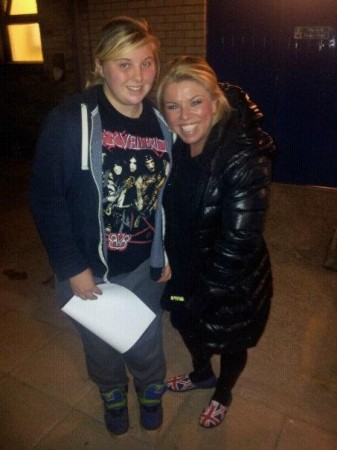 We had our pic, and I promised to be back again next year, when she’d be 17 and maybe…..MAY-BE….the venue would allow her in to the show, if she’s with her Dad
Fingers crossed Heidi!! 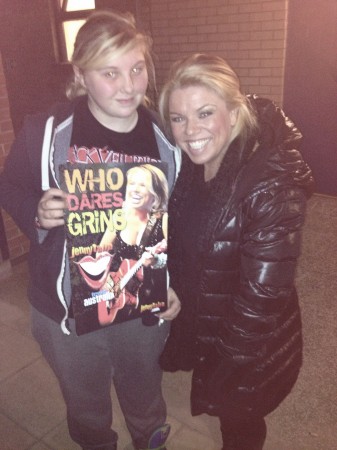 Something else that has been increasing by the day, is the gifts.
From jewelry, homemade cakes, signs, hats. You name it, we have it
You Poms are crazy thoughtful, and it’s really lovely that you go out of your way to bring us prezzies
Even the one tonight in Lowestoft.

That was big and weird looking, so we  let one of the ladies from the venue open it 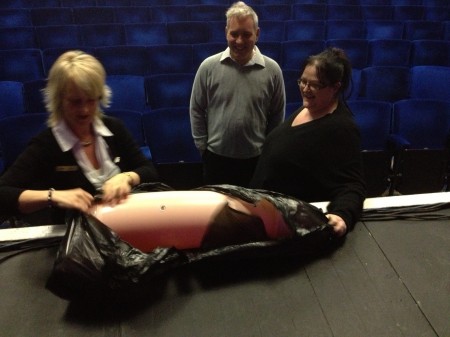 Did I tell you the Lowestoft fans are a tad mental?
We love these crazy bastards.
In the best possible way
I think Dad likes his new friend 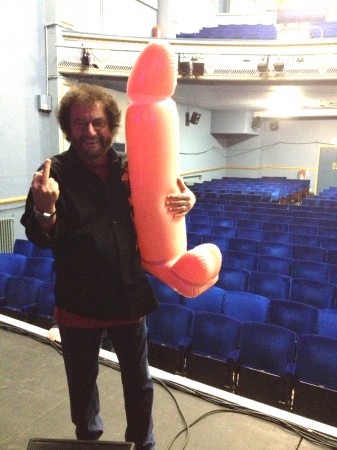 Which will NOT be traveling in the backseat of the car with ME.

Lowestoft, you were the first show on this tour to sell out. The day it went on sale. 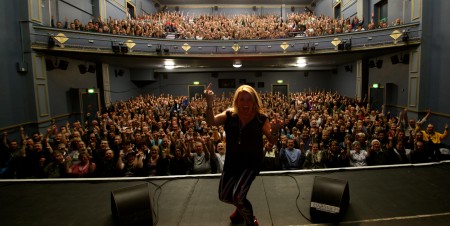 Thank you.
You funny buggers.