When Magoo’s soccer team plays, they’re supposed to switch positions all the time, so that everyone gets a chance to play all over the field
Except that Magoo has her coach wrapped around her little finger and she WEALLY WEALLY WUVS TO PWAY GOALIE – so he lets her
Every week.

She actually doesn’t suck at it, but if you ask her why she only likes to play goalie, she’ll tell you it’s because she doesn’t like to run around and get ‘all puffed out and sweaty’. She’d rather stand still and watch. 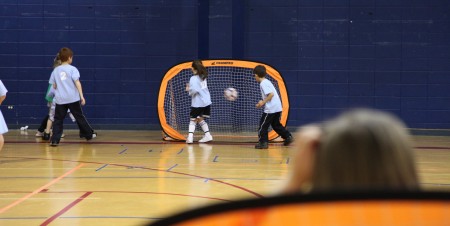 Gee, I wonder who’s vajay-jay SHE came out of? 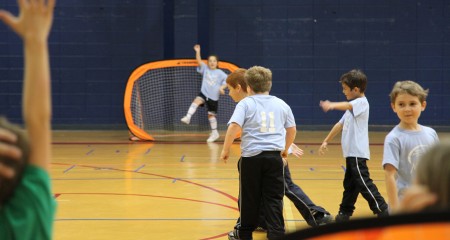 One of the things she DOES like to do when she’s  playing soccer, is dance
All the time.
And sing. 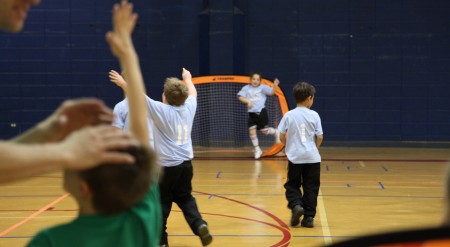 You know that song, ‘Who Let The Dogs Out’? (now you’ve got it in your head all weekend. You’re welcome)
Magoo likes to sing that tune with her own lyrics. (*thud* that’s the sound of the apple falling not far from the tree) 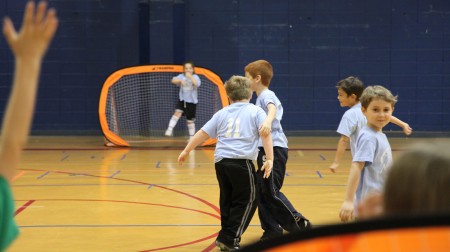 For someone who doesn’t like to get her heart rate up and her sweat on, she sure likes to boogie

She’s like the unofficial team cheerleader
Who sometimes stops goals 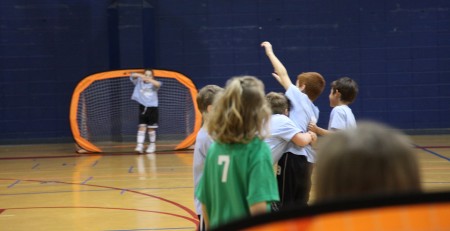 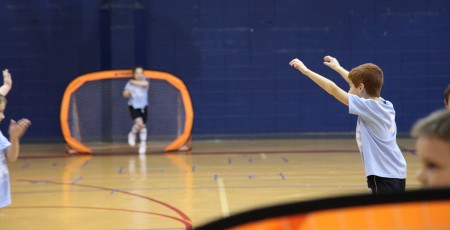 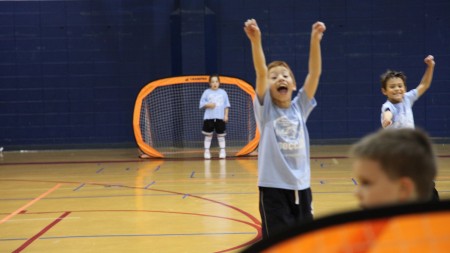 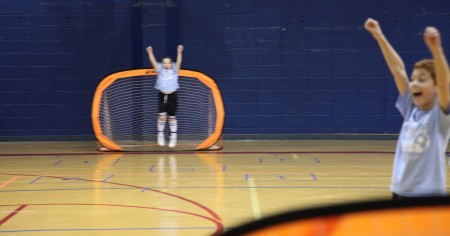 They don’t keep score in the games. Because they’re still at the age where they try to teach them that, ‘everyone’s a winner, there are no losers’ 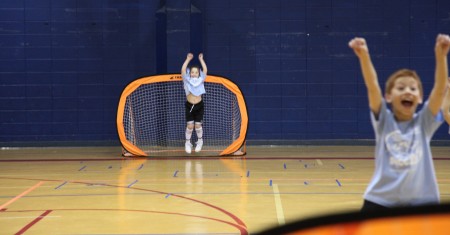 So every game is called a draw 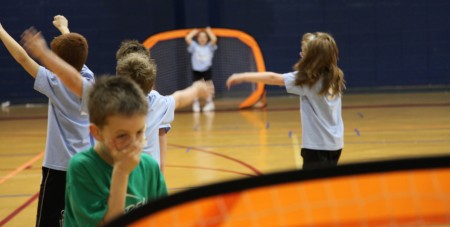 Tell that to the kid in the green.