Driving from Ocho Rios to Montego Bay turned into quite the adventure
Our driver slash interpreter slash newest best buddy’s name was a little hard to pronounce It sounded kinda like’Antsman’. So we, of course, called him ‘Pantsman’, which eventually became ‘PM’

PM’s van was best described as questionable. It looked to be  needing a bit of work. Cosmetically and under the hood.
So when we blew a tyre, we weren’t really surprised 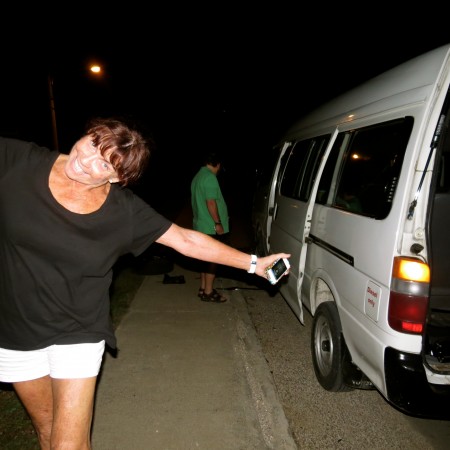 We were just happy the van stayed upright
And we weren’t short on company. Nearly every car that drove past us, stopped to see if we needed help. If you’ve been to Jamaica, you know that the kindness of the people there is something that you don’t necessarily experience in other parts of the world.
AND they put rum in EV-ER-EE-THING! It’s enough to make you love the shit out of the place. Which I do.
We were good though with the car trouble though. PM got to work on the tyre changing. Dad was the official torch holder / light source. Mum and I assisted as best we could. By  taking photos and flashing  passing cars. 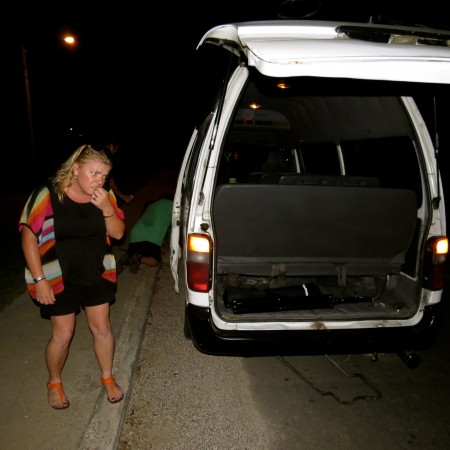 I mean, here we were, on the side of an unlit road, at 1am, with a van full of  musicians…no worries, right?
We giggled. I may have wet my pants. Not much though. But I do tend to go into fits of laughter when I’m nervous. My bladder is pretty much it’s own boss once I start cracking up.
I remember one time in Australia, calling the police because someone was trying to break into my house – and they hung up on me because I couldn’t stop laughing. It turned out OK though. I may have wet my pants that time too. Turns out wee is a pretty effective burglar repellant.
The tyre eventually got changed. PM swapped it out with an equally dodgy looking spare.
And how did that turn out, you ask?
Fuck knows
By that stage, the car battery was dead 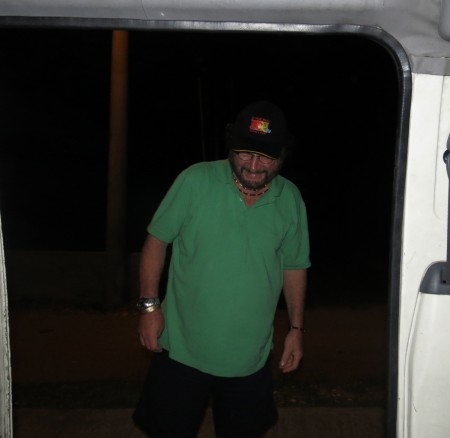 And we were too drunk to care.