That I didn’t really want to do

And had been putting off

Leaving me 4 days to do it all

I know, all the parents right now just involuntarily shuddered

MacDonald’s playground? During the school holidays? On a fucking FRIDAY?!?

That place is where you’ll find it, in one closed in, germ loaded, trans fat filled building

Then we moved on to iceskating on Saturday

No children were harmed in the fun making process, but there’s a Mummy with sore legs and ears. Yep, I said EARS. The fuck? 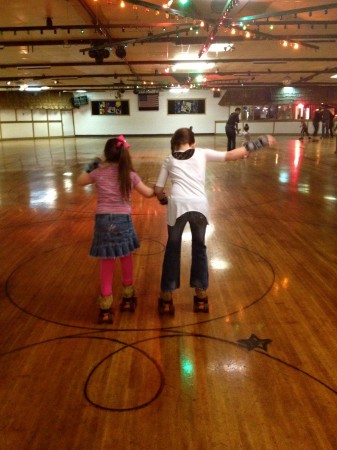 At a rink that doesn’t give a fuck that it’s 2012. It was built in the sixties and convinced that it’s 70’s decor is the shit and ahead of the curve 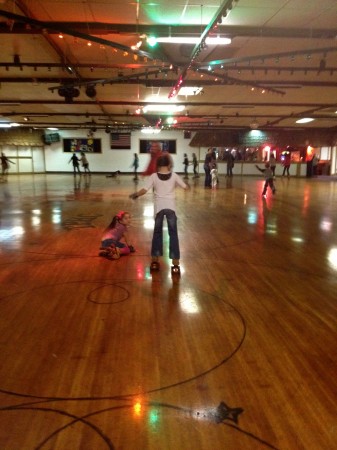 Dudes, I actually busted out laughing when we walked in

And of course, fell in love with the place 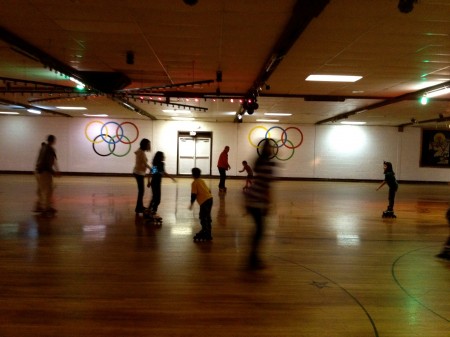 Except for some arsehole there who, I shit you not, threw a roller-skate at his (maybe 6 year old) daughter, because she said her feet hurt and she didn’t want to skate anymore

I looked straight at him, put my phone to my ear and mouthed the words *DCFS, MOTHERFUCKER

I didn’t see him after that. he was probably outside, cutting the brake lines on my car 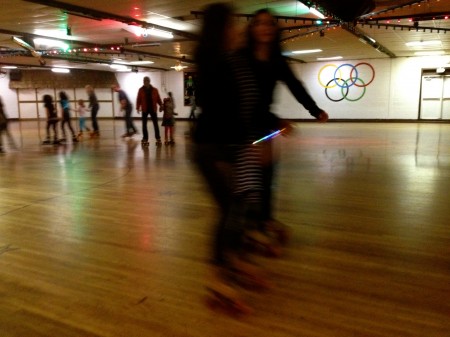 Diamond and I had a couple’s skate to Skater Boy  (think, ‘You’re the One That I Want’ done to Avril Lavigne. Oh yes we did)

Magoo went a special shade of purple, and Macaroni hid in the toilet ’til the song was over 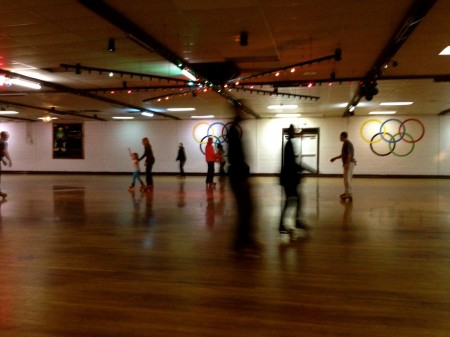 Today, they couldn’t get out of the house fast enough to go back to school

And now I have no one to play with