We’d been told earlier, that this area of land

Has the HIGHEST population (per square km) of reptiles

Scaley fuckers that can KILL you

Oh yeah, so where I am, right now

And where I’m sleeping tonight

Is home to more fucking snakes than ANYWHERE IN THE WORLD

And assumed maybe they were for the dingo’s poo

‘Cause there’s bucket loads of those buggers out here too

But no, they’re there to pick up SNAKES

And put them in this 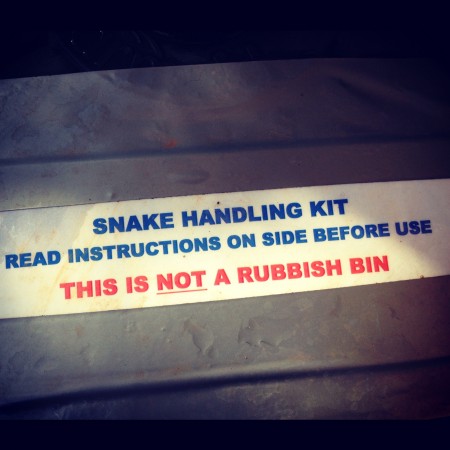 And no, I did NOT lift the lid to see if there was any in there

How could you even THINK that?

Gah, what is WRONG with you guys???