‘Cause really, if it’s 2am – and I’m leaving for the airport at 4am – any kind of nap I took would be more like a coma

Meaning I would sleep through the alarm clock, the taxi driver banging at my door – and most probably my flight

In my delirious state, I made it to the airport, checked in

And kept walking around knowing that if I sat, I would be out cold

I woke up several hours later, when we touched down in Sydney

I also had a lovely trail of dried dribble down the right side of my face. I was trying to indiscreetly wipe it off when the old dude next to me informed me that, “…well young lady, aren’t YOU quite the sleep talker”

The fuck? And no, I didn’t ask him what I was talking about. There’s some things you just don’t need to know

Had enough time at Sydney airport to grab some mags, snacks & an iPhone charger. My 3rd one for the trip. What? Like you’ve never lost 2 iPhone chargers in 3 weeks

Boarded the Sydney flight, next to smelly lady

Putrid to the point of gagging. So fucking gross

He came up to stale vagina lady and asked if she’d like a row to herself. I’m like, of course she does! Go…go….FUCKING GO! I tried to be as encouraging as possible, without actually pushing her out of her seat. As that would have required ‘touching’ her. Nothankyouverymuch

And go she did. Not only did that leave an empty seat next to me (that I had to use half a bottle of hand sanitizer and the last of my Narciso Rodriguez perfume on, to make it non vomitty) Stale vagina lady was now at the other end of the plane (where coincidentally a baby started, at that moment, crying it’s box off. And didn’t stop for hours. I think the little bugger was eventually overcome but the fumes and passed out)

Then we sat on that plane for nearly TWO HOURS. Which is complete bullshit. And not just because in that time, my laptop, iPad & iPhone went flat (because I didn’t have time to use my new charger yet, duh) AND i ran out of snacks. OK, so that’s PROBABLY why is was bullshit

We eventually took off – and I was out light a light almost immediately. Only to be woken up for dinner. Fuck. It was hard to be mad at gay Qantas boy though. ‘Cause in my effort to be super-efficient-world- traveler – I had preordered a special meal, knowing that they brought those out earlier than the other meals. It was part of my master plan to eat, use the toilet before any other passengers filled it with their after-meal stink bombs, and be sleeping like a bay-bay before the other suckers even got their meals

My plan had a slight flaw, as most of my plans do. Instead of ticking ‘vegetarian’ meal (which are pretty much the same as real people food, minus the steak, but INCLUDING the desert) I had ticked diabetic. This meant that gay Qantas boy was WORRIED about me, and made it his mission that I, IN NO FUCKING WAY, sleep through a meal – lest I seizure on his shift

It meant not much sleep – and chocolate all over my bum, cause I was trying to hide kitkat wrappers from him. I didn’t want him to think my ‘diabetes’ was self inflicted, you know?

Anyhoo – arrived in LA – 3 hours late. Missed my connection to Chicago. Lined up forever at immigration. Waited forever for my bags. Got in the wrong line to recheck my bags. And was pretty much a big ball of EVERY ONE LEAVE ME THE FUCK ALONE, by the time I got on my next flight

By the time I arrived at my house,  some 35+ hors after leaving Cairns, I was out of it. Dizzy, tired, and barely upright

Then I saw my babies, my Diamond, and my dog

There were flowers waiting for me. Perfume (’cause Diamond had obviously read my post about stale vagina lady and was worried there might have been some shit-smell-transference) And these… 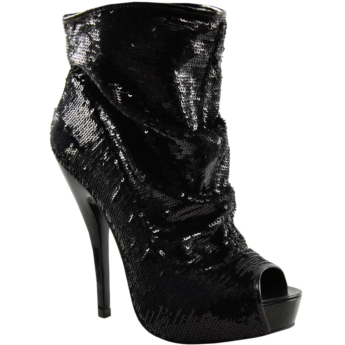 (which I probably ordered for myself online last week, but whatevs….they were STILL waiting for me)

There were cuddles, bedtime stories (that Magoo read TO ME! She could only read a few words when I left *sob*)

When your destination is home….it’s ALWAYS worth it.

(Except maybe for the jet lag part, which has you up at 1:15am writing stupid-long-blogs, ’cause it’s the quietest thing you can do at stupid o’clock)