If you’ve ever been to one of our shows

Except for that one time on the last UK tour when Dad was so sick he barely made it offstage to spew in the bucket that Hollywood was standing side-of-stage holding so I’m pretty sure no one would have lined up to shake his hand that night ‘coz how grody would that be for fuck’s sake? 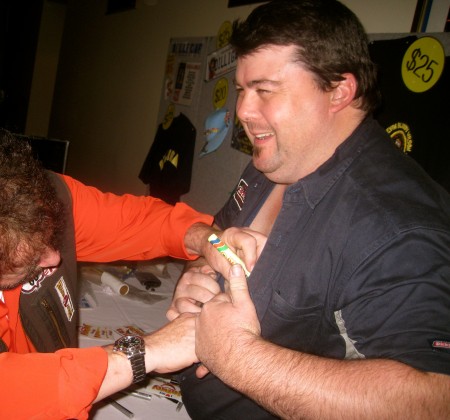 If you’ve seen Dad signing after the show

Oh yes he does 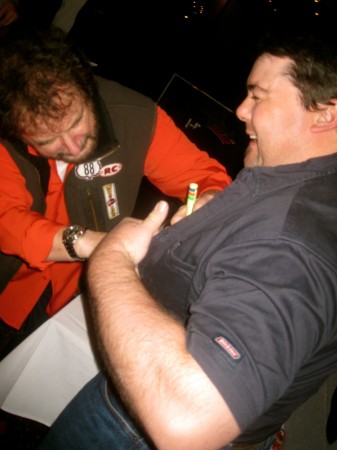 But he never signs boys

I’m the lucky girl who gets to do that as you can see by my full, and getting fuller, WANKER WALL

There was Matt, waiting very patiently at the end

He had made a bet with his mate, for a lot of money 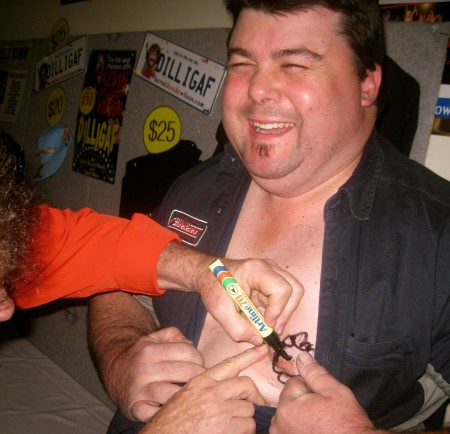 On the condition that Matt & his mate donate the money from their bet, to the Make-A-Wish Foundation

Dad will do just about anything for his favourite cause 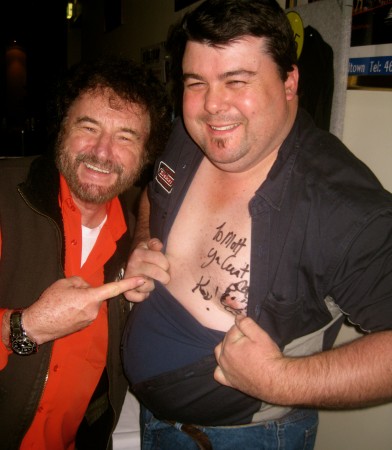