Flew from Chicago to Los Angeles

Then jumped on a big boy plane to fly to Brisbane

About 13 hours later, as we started descending

I looked out the window and saw this 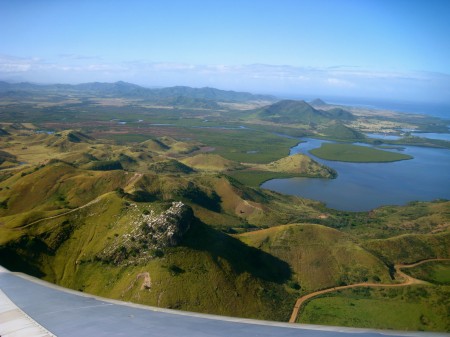 Now, Brisbane is a beautiful city

But even I know, that this was not Brisbane

The pilot comes over the intercom

Brisbane was clouded in fog this morning making it unsafe to land. We didn’t have enough fuel to circle around and wait for the fog to lift, so we have redirected to Noumea, where we will refuel. That should take under 2 hours. If it takes longer than that, we are not permitted to fly any more, as pilots are only allowed to fly for a certain amount of hours per trip, and any time over 2 hours, would mean we would have to stay in Noumea for 36 hours, until we could re-continue our journey to Brisbane 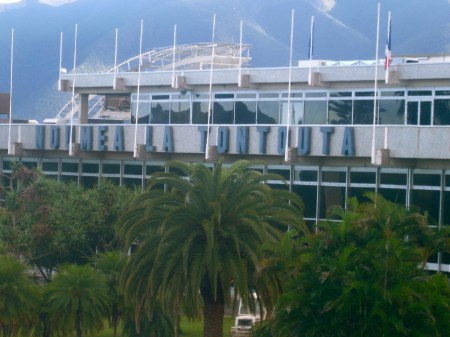 So once we landed, pretty much the whole plane looked out the window at the little men on the ground refueling the plane

With 40 minutes to spare, we took off for Brissie

I ended up being on that plane for nearly 20 hours

My bum stopped talking to me, they stopped serving food and *gasp* DRINKS

And I missed my connecting flight to Darwin

But I was able to nab one of the last seats on the only other flight out to Darwin – thank you Jetstar!

And the biggest surprise of all? 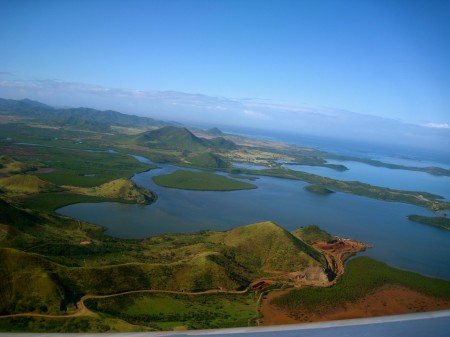 My GUITAR SHOWED UP TOO!!