Fall back into bed

And sleep for hours

Without opening my eyes once

The whole, you-don’t-need-as-much-sleep once you get older

So waking up early, what’s that called?

It’s not insomnia, ’cause I’ve already had 4 hours sleep, right?

I’ve been attacked IN my sleep

Mainly by midgets that call me Mummy that need hugs after a bad dream who then show their gratitude by falling asleep sideways in between Diamond & I, leaving a trail of bruised ribs and snot in their wake

What’s that other ‘N’ word?

is the sexual attraction to corpses

Right then – pretty sure I don’t have THAT

Although I always had a bit of a tingly spot for Gary Coleman from Different Strokes, and he’s still dead, yeah?

So now that I’m wide awake

a severe fear of darkness

Unless it’s like 9pm and the mall is closing

Fatigue, anxiety, headaches. Americans were supposed to be particularly prone to neurasthenia, which resulted in the nickname, Americanitis

I think this would be better named ‘parenthood-itis’

example, a patient in a rehabilitation hospital may wake up in the morning and proceeds to shave his face – only to be told later that he has only shaved half of his face

But I prefer to refer to that incident as ‘accidental art’

Even though this one doesn’t start with ‘N’

It’s a bit weird, and therefor rates a mention

the sufferer believes that his genitals (or breasts in the case of women sufferers) are shrinking, retracting in to the body, or may be removed entirely. It is often refered to as ‘penis panic’

I dated someone with this once

I called it little dick syndrome

Relieved I don’t have any of those

Now I can sleep easy

For medicinal purposes only

Or a Josh Groban CD 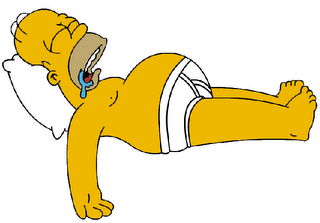 That shit will trigger a coma