Diamond & I took the girls downtown yesterday on the train 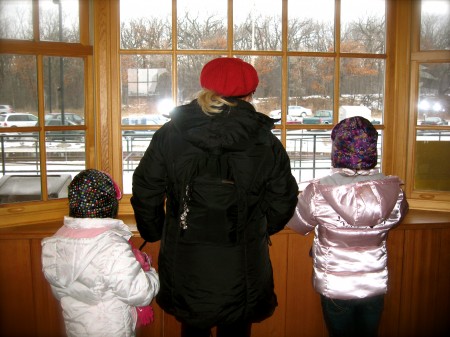 There was major snow coming in

So we thought it’d be better than driving 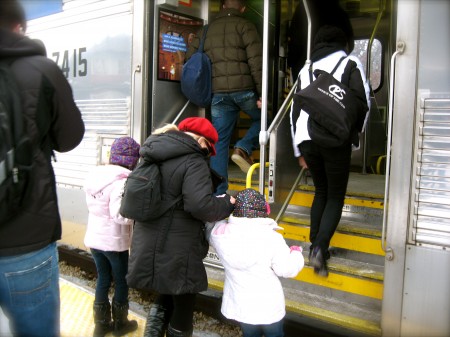 Plus, we all love the shit out of the train

The girls didn’t know what had hit ’em 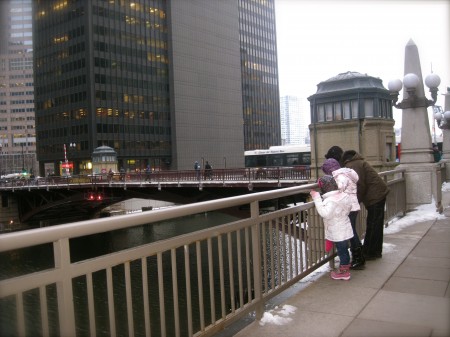 The whining started as soon as we got there

Seriously, the AUSTRALIAN (yeah, that’s me) was FINE 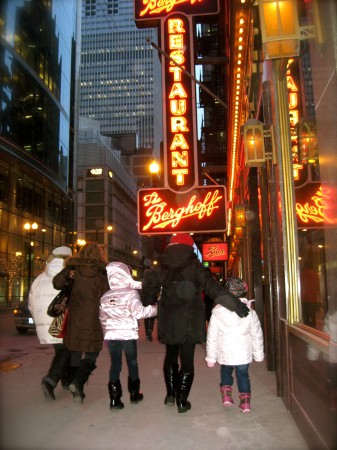 Can I say ‘pussies’ in a family feel good post? 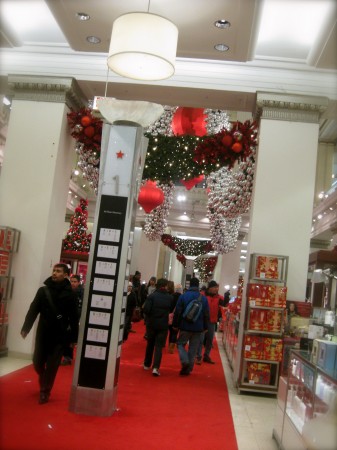 The window decorations are amazing

No pics of them though

So we went straight in to Santa’s village 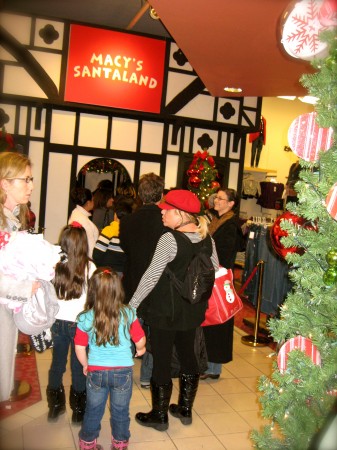 Where we waited a little while

Below is the real Santa – according to Macaroni & Magoo 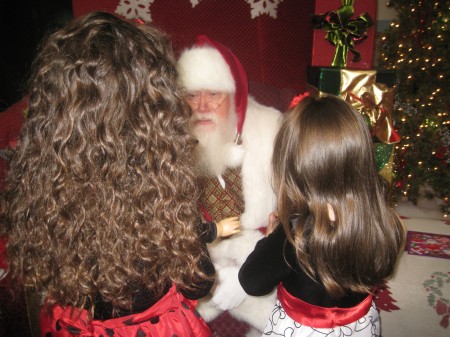 And had a video message from him too

So they were happy to head to the Walnut Room

With their Macy’s Smurfs 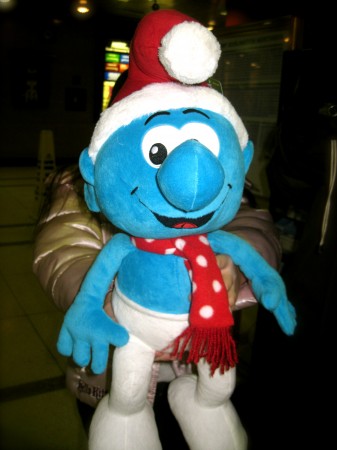 But for some reason

Or ’cause Diamond slipped them a twenty

We got in straight away 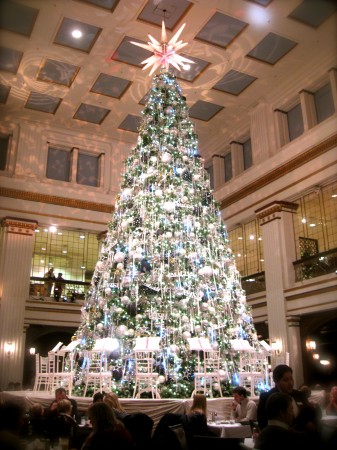 How cool is their tree?

Light up crystals make it look so beautiful

The Walnut Room has it’s own FAIRY! 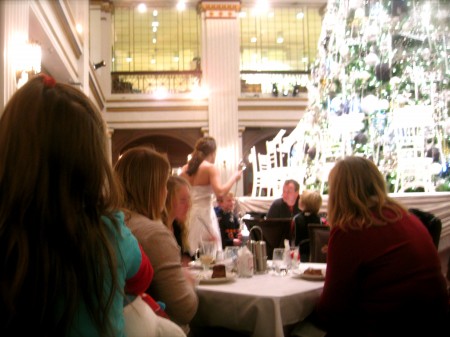 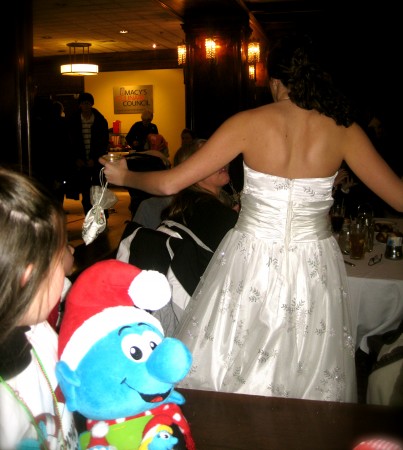 As with all life’s crisis’

The solution is always FOOD! 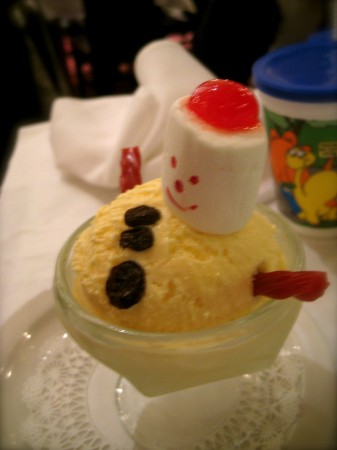 Will haunt her dreams forever

Back to our happy place…

Let’s carry on shall we?

Next stop, we headed over to Daley Plaza Where they have an outdoor Christmas market

And the biggest decorated Christmas tree in Chicago 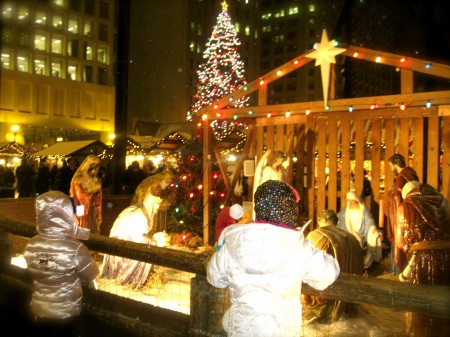 That’s when the snow started

We took refuge in some of the little shops 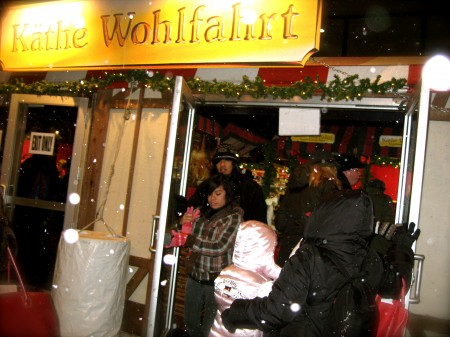 But mostly, we stayed out in it

With the help of some hot chocolate 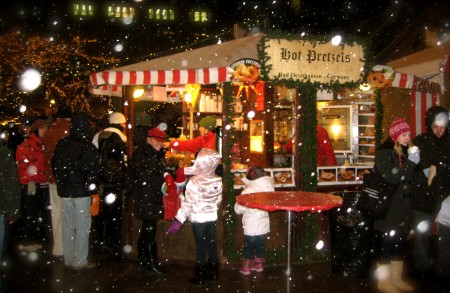 And a carriage ride around the city 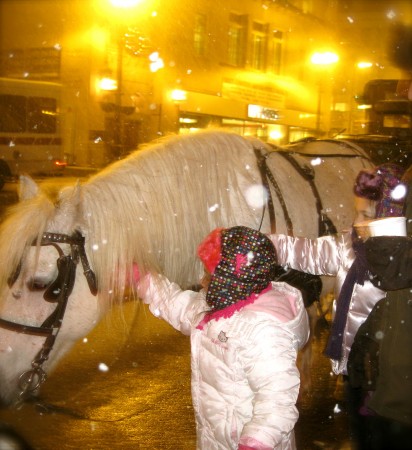 Then it was back to Union Station

With time to spare

So we checked out some of their Chrissy decorations too 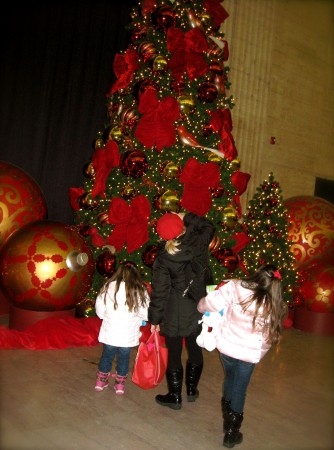 By the time we got off at our stop

While the girls & I made a snowman 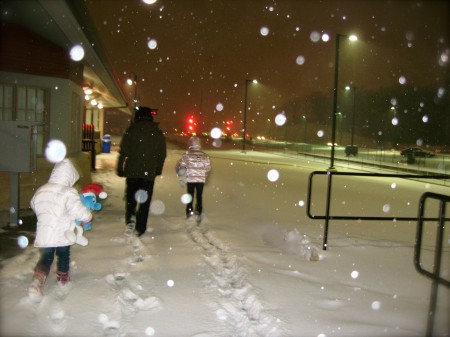 This is Mum & Dad’s view in Australia, this time of year 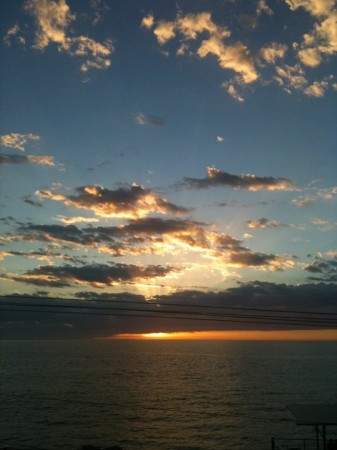 And this is mine 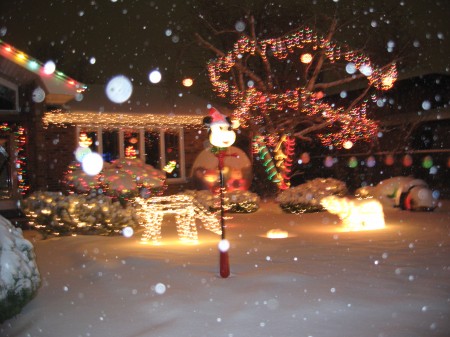 There really is no place like HOME for the holidays

My home is wherever my family is

Australia or Chicago – doesn’t matter to me