Leaving our mark at public toilets across the state

With a trail of “I Love My Jenny Talia” stickers

We’ve been lucky to stay in some beautiful places

Mackay was definitely one of those 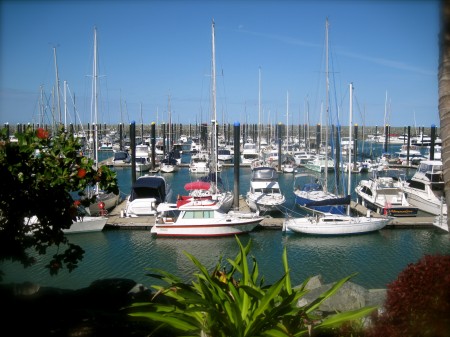 And as with every tour, we’ve been loving meeting some of the mad buggers that have come out to the shows

Like Kim – whose jeans now how my scribble on the bum 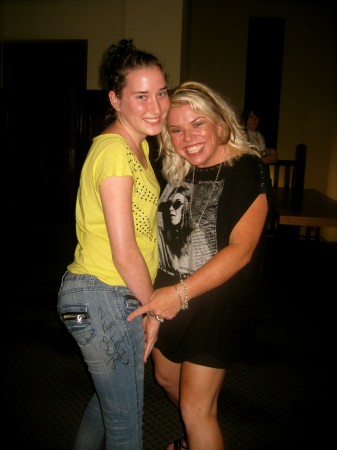 And this lovely lady

And realising that I’d finally been “OUT-blinged” by someone 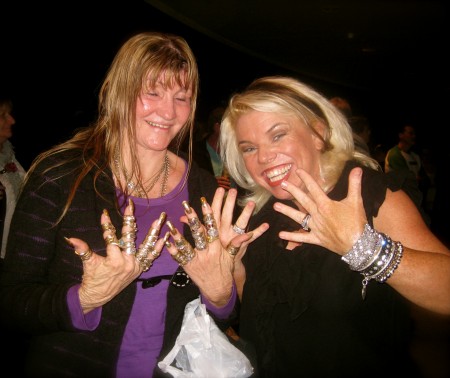 But I’ve already started stocking up on glitter & sparkly things

There’s been whole families come along to the show

And that makes me happy

You know, knowing my family is not the only fucked-up one out there 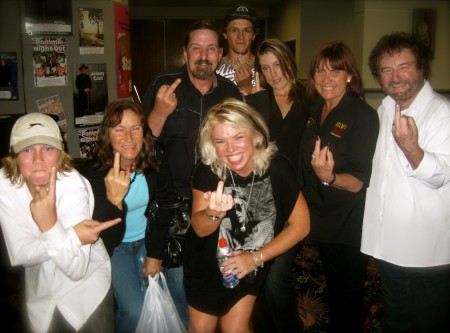 This has been my favourite shirt of the tour so far

I told him I loved it, so he GAVE it to me

OK, I may have begged a little

So Mark was lucky, he got to keep his 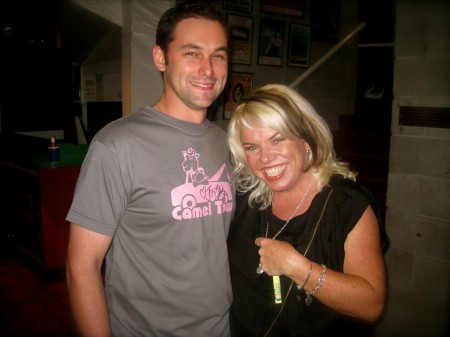 We’ve met some lovely people, like Matthew & Leanne is Innisfail 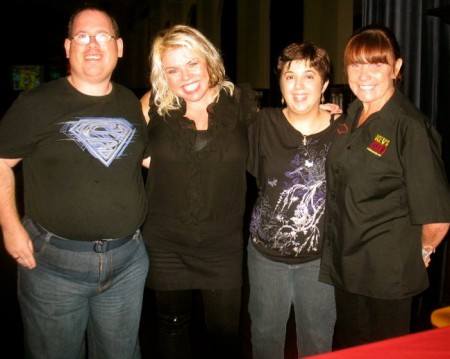 (& yeah, the main reason I put this pic in is because I’m the 2nd tallest one in it. Check THAT shit out!)

And some crazy bastards like this mob in Ingham 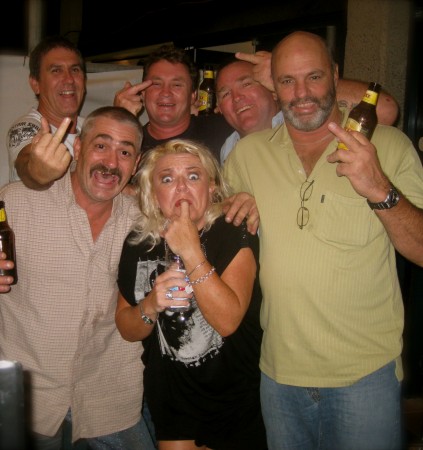 Then last night in Atherton, we had a BELLY-FEST 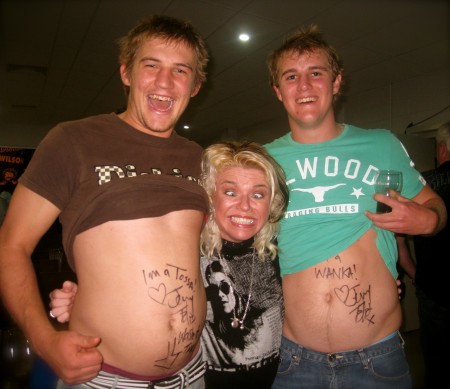 Um…yeah I beg to differ in this case 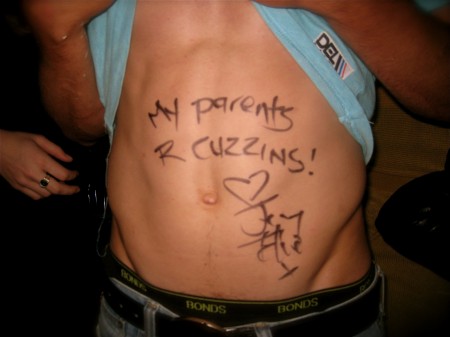 I was running out of things to scrawl on them 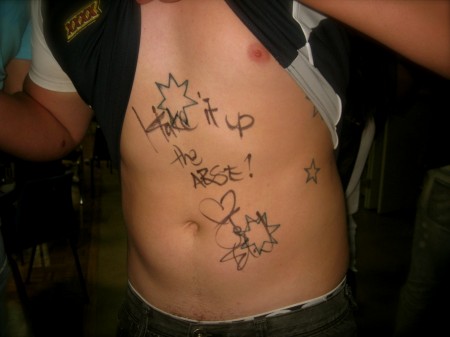 They were all pretty wasted

So I’m hoping they wake up this morning, trying to put together the pieces of last night’s puzzle 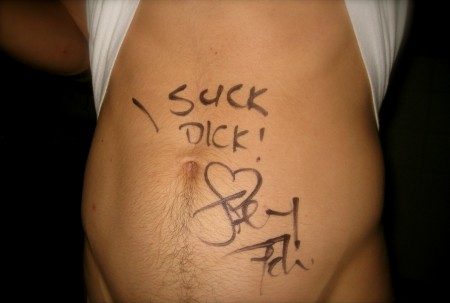 And start questioning their sexuality

That would make me so happy