The last week has been a bit of a blur

But blurry none the less

I’m writing this from my hotel room in Darwin

Once I’m a bit more back on deck, & the antibiotics kick in

Nothing major, just another dose of the clap throat/sinus infection

I feel OK, just a bit ripped off that none of it is sexually transmitted

But when I catch up a bit more on my sleep etc, I’ll post some more detailed blogs from the trip so far

You know, like what I wore, how many times I went to the toilet each day

Wanted to post some random pics in the meantime

Let’s start with the Geraldton show 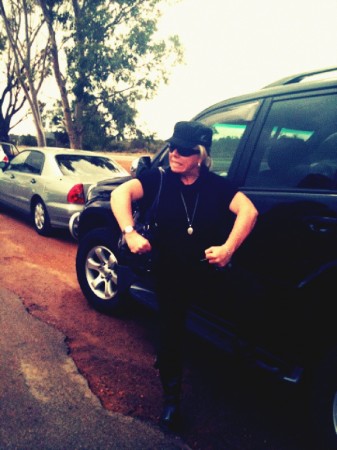 The drive there started off full of piss & vinegar 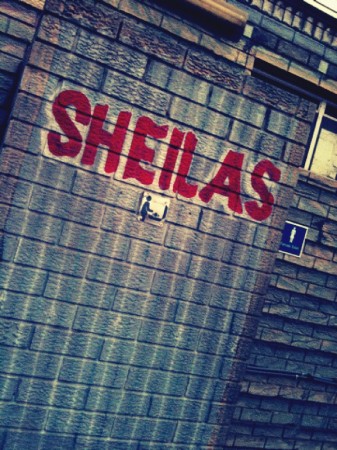 And somo sight seeing stops too 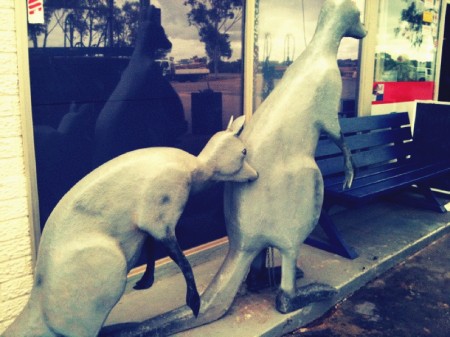 These were too big to steal take home in my purse

Next night was the Perth show at the Pig & Whistle

Dad came along to drink the bar dry watch

And was reasonably well behaved 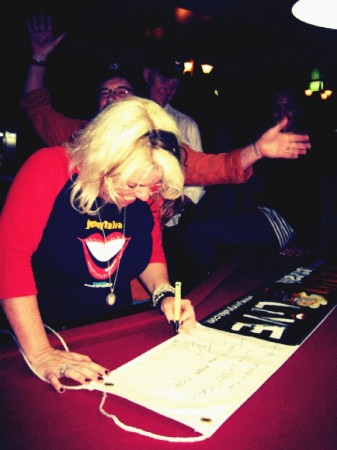 But I think I may have outdone him 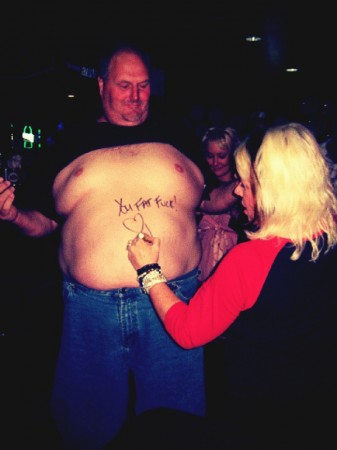 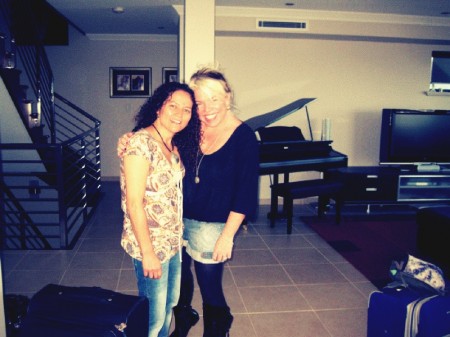 And decided to fly to the rest of the shows

I’m pretty sure that the large amount of vitamin C 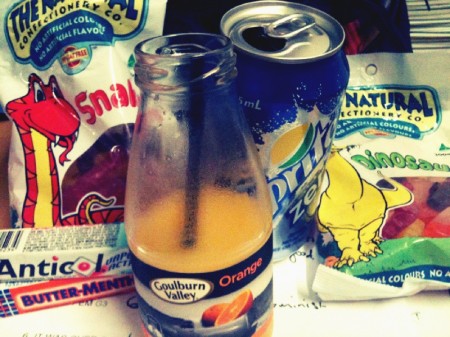 And lack of vitamin ‘W’ 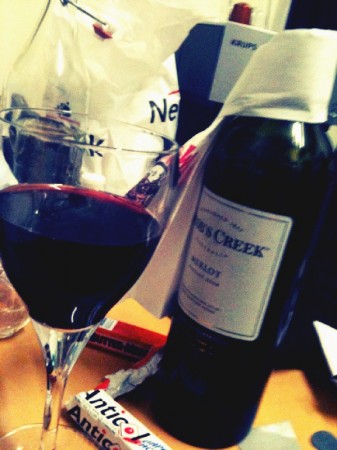 Was contributing to my knackered-ness

Next stop was my hometown of Kalgoorlie

Where I went right back to where it all began 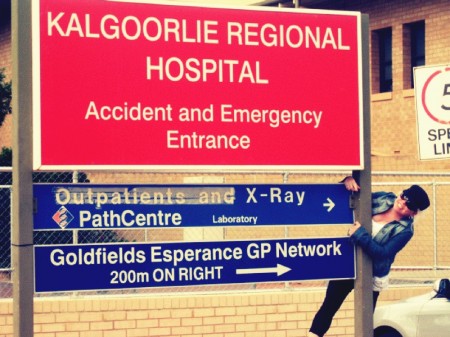 I’ll let you work out which one I was

This is a statue of Paddy Hannan 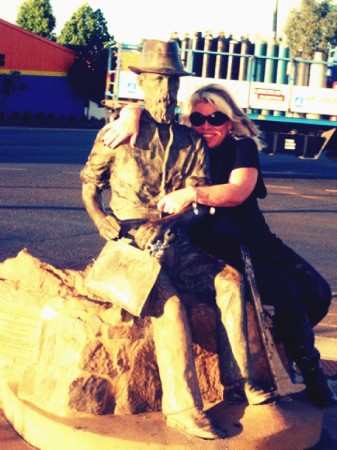 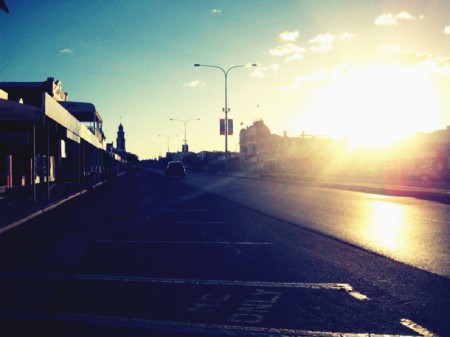 It was good to see Kalgoorlie again

It’s the place where all my memories begin 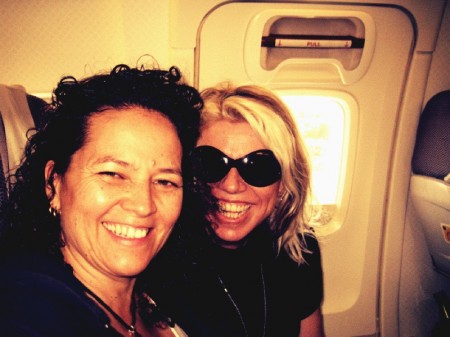 Then it was back on a plane with Heiny

To head off to Darwin to meet up with Ma & Pa

After a quick stopover in Perth

Where I met Julian Clary at the airport 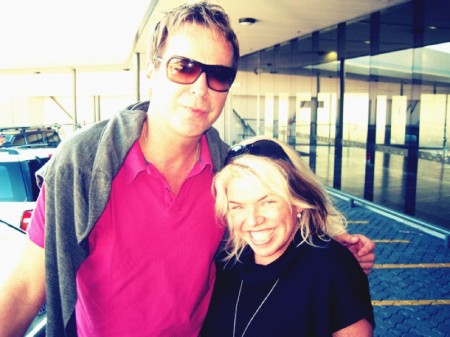 He is, I’m happy to report, a very tall top bloke

And I’m pretty sure he wanted me

You know, as much as a raging pommy poof can want a hetro hairy sheila

And he even tweeted about me afterwards 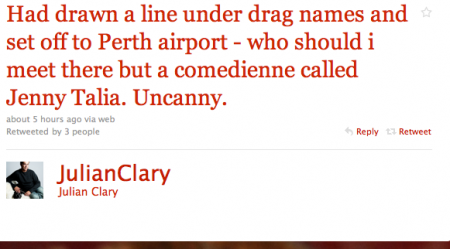 And then I, of course, cracked a moisty

Then it was a quick stop again in Alice Springs 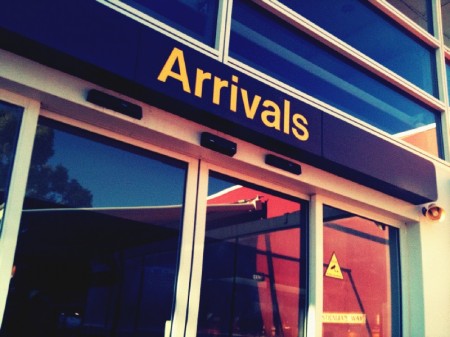 I booked my flights myself, so I have no one else to blame for the milk run I found myself on

Mum & Dad however, were on a direct flight

AAAANNND, my brother was the pilot 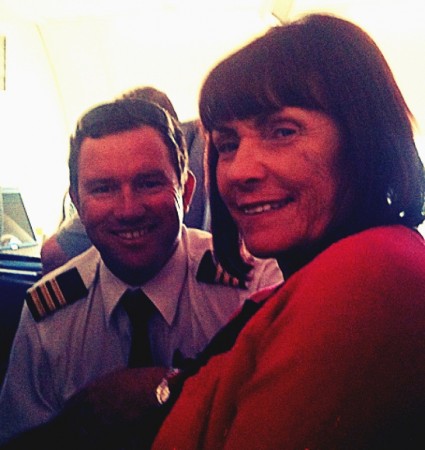 In case the plane goes down?

Well, that’s how it is with our family

Of  saying fuck for a living cultural enrichment for the masses

I’ve got some great pics of the awesome location

And even better food 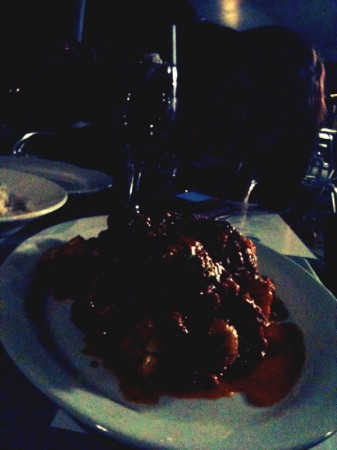 This is not one of them

I was more about the eatin’ than the pic takin’, you know?