Greetings from what I consider the best hotel on the planet

Where else do you get your laundry done

Your favourite food for dinner

Your favourite snacks in the fridge

And 2 of your favourite people?

Oh yeah, and one of the best views I’ve ever seen

So yes, it’s good to be here

The trip over is a blur

It’ll fill you in

Everyone in this airport lounge is talking on bluetooths. It looks like a scene out of ‘1 flew over the cuckoos nest’

Is hoping my highly toxic garlic breath keeps the seat next to me empty. H-H-H-Hellooooo 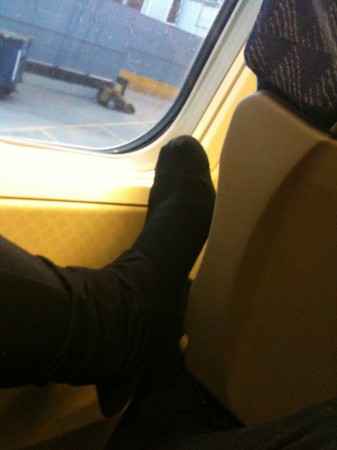 I Love LA. I don’t really, but I like the song

In a public toilet, is it OK for the cleaner 2 stick their broom under the cubicle door & sweep while ur in it? Yeah, didn’t think so

(like, close enough to touch my feet with the broom. Hello – I’m trying to piss in private here lady, hence the fucking DOOR!)

I have just seen 5, yes FIVE men, with their right arms in a cast. Must have been the west coast wanking championships here 2day.

(how else would you explain it?)

The lady working at the airline desk was lovely. If you like ur women covered in melanomas & full of cunty-ness

Until a man the size of 10 buffalos just sat next to me. I-can’t-breathe-for-fuck’s-sake!!

(And I’m not even exaggerating. His gut touched the seat in front when he squeezed into his seat. But then Mr Awesomely AWESOME flight attendant suggested he might be more comfortable in a different seat & MOVED him  – leaving me with 3 seats to MYSELF! I tell ya, if that big spunk wasn’t gay, I woulda totally….)

OK, so buffalo man next 2 me just took a handful of pills. He better keep breathing, I refuse to give the fat fuck CPR

(won’t.Can’t make me. Will NEVER happen)

And he just pulled 2 Big Macs out of his bag. The last supper?

( He INHAAAALED those mother fuckers! Before he got moved)

Bus driver 2 domestic terminal is grumpy. A big ol’ Singalong of ‘Wheels on the Bus’ should cheer him up! 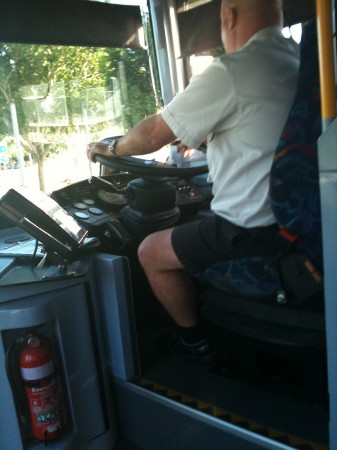 OMG!! Buffalo man is on THIS flight too! And this time he has 2 Subways!!!

Dropped dad a the pub & now I’ve got his car. This thing goes like shit off a shovel…. weeeeeeee!!

(so I obviously made it)

Dad picked me up at the airport

And I was all, wow Dad, I was expecting Mum

Very nice of you to come and get me Daddio

And he says, yeah, yeah, good to see you – can you drop me at the pub?

Which meant I had his car for the afternoon

I don’t know much about cars

But I do know that Dad’s is blue and faaaaaaaast!

And they drive on the other side of the road here

It’s good to be in my other home