So, right there, you know why we picked it

One of the bars was a piano bar

I met Diamond in a piano bar

I’ll tell you about one day (but not while Dad’s reading these blogs!)

So they had this one guy playing, Heston

With the patience of a saint 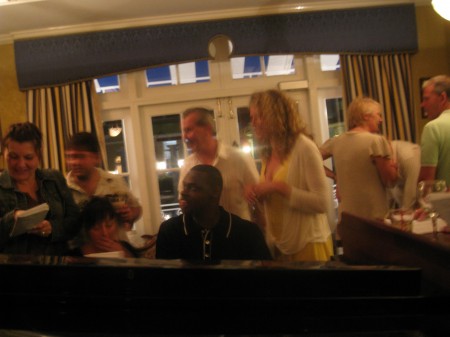 I gotta say, it was ridiculously entertaining

If you’re a fan of train wrecks people watching, it’s totally the shit!

We checked it out a few times while we were there

And every time, there was this one lady and her boyfriend there 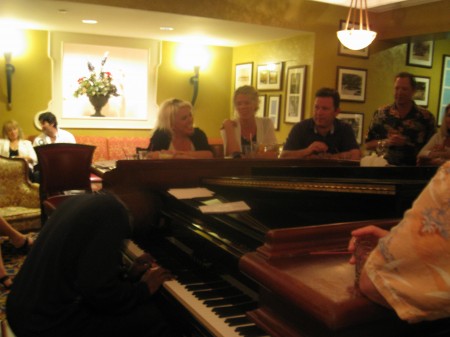 Diamond and I tried to work out how old she was, but it was hard 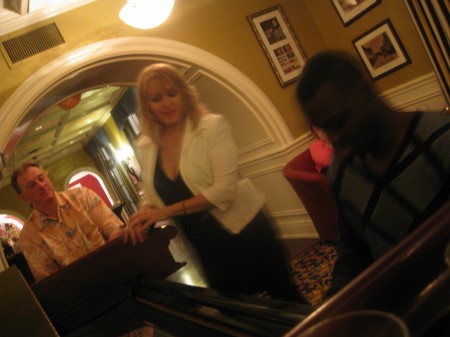 I’ll never understand why people, mainly women, go under the knife to try and look younger

When they generally end up looking atrocious, unnatural & a bit like a freak show

Plastic Face was from Canada

And she worked in a piano bar there

So every night, she had to get up at least once, to show us her stuff 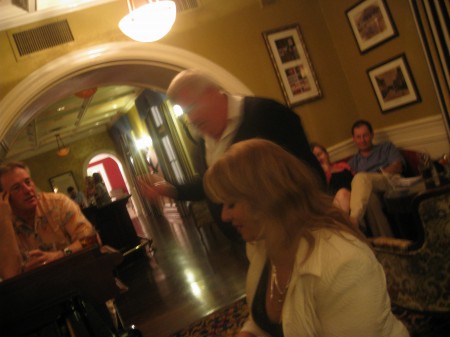 In all fairness, she wasn’t the Mayor of Sucktown

But she I think she went there for holidays

And not just ’cause she was rocking one either

On the last night

After 12 hours of margaritas, daiquiris and any other drink that had an umbrella in it red wine

Had me in shit stirring mode

And feeling a bit bullet proof

And apparently a bit musical too

Because I slid right on that piano stool 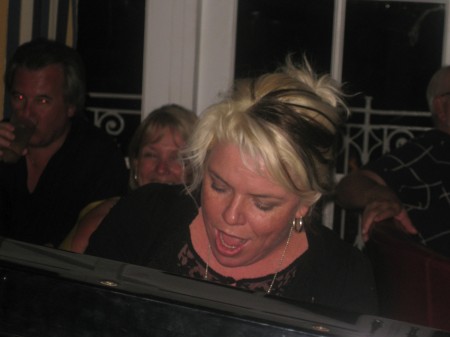 Bad doesn’t even begin to cover it 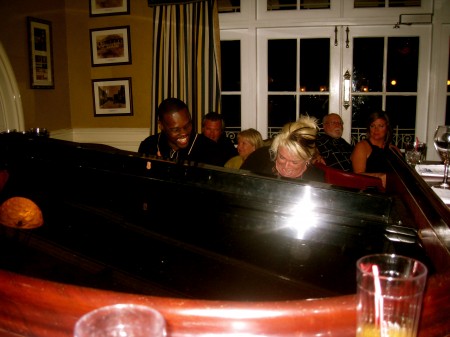 Not only am I now the Mayor of Sucktown

It backfired on me

Gave me her number

I mean, why WOULDN’T I want to BE her when I grow up?

Dear God, I changed my mind