Parents who have lost sons 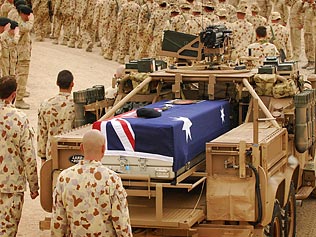 His letters accused some of the dead Australian soldiers of being “criminals”, “killers” and “murderers” fighting a war of invasion

His name is Sheik Haron, and he’s a complete fucking nutjob

So, explain this to me,

An immigrant to Australia, can send antiwar letters to grieving Australian families

With a section even entitled, “Come on, let’s happily suicide together!”

And another, “We are proud to be called TERRORISTS”

This is the same guy who told his ‘followers’ it was permissible to hit their wives and force them to have sex.

Then there’s his writings about the worst bushfires in Australian history, when 173 people were killed last year,

And he’s allowed to STAY in the country?

This is the kind of immigration Australia is OK with?

C’mon, how many Australians want this guy as their neighbour?

He will never love Australia or it’s way of life

He’s hate-filled lunatic, that spouts his poisonous crap, under the guise of religion

The only thing he’ll ever worship is his God

But if your way of life, and your God is so good mate

Why don’t you strap a bomb to yourself and go the fuck home!