So I went on my little adventure – it wasn’t quite 24 hours, but this will be longer than the average post. I might even throw in someWHOLE PARAGRAPHS! I am such a grownup

As some of you guessed correctly, I went to Bush Babes place on Monday

Who I’d only met briefly before

But once I dropped Mum & Dad off in Bundy

I headed off solo 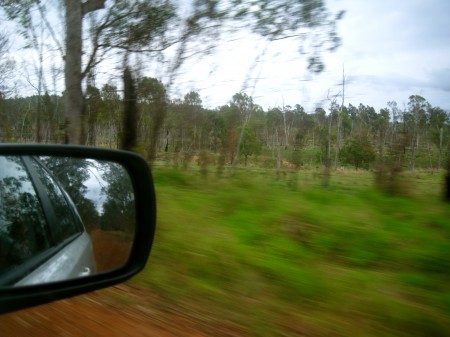 BB had given me detailed directions, and a meeting point

I knew I was getting close when the bitumen roads ran out, I was dodging more than kangaroos 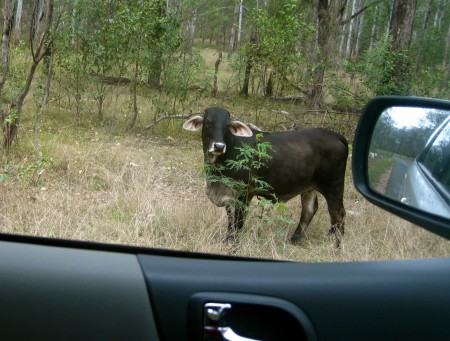 And I was driving on the red dirt 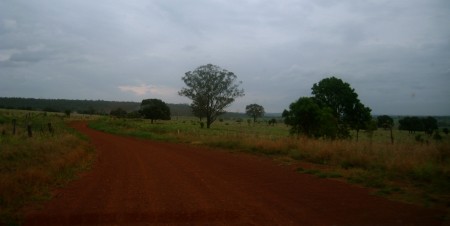 Did you ever see a road sign that says, ‘DIP’?

I’ve seen them before, but I never knew what that meant ’til yesterday 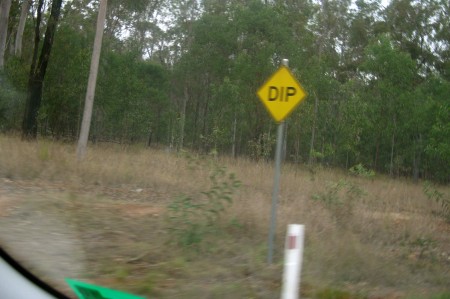 Who knew minivans could fly..??

I arrived at our meeting point totally early

And waited for BB

And because I have the patience of a 2 year old

After 10 minutes, I was SURE she wasn’t going to show up

So I re-read her directions

So I headed there

I couldn’t ring her and tell her where I was

There’s no mobile service ANYWHERE around there

What’s that you say? Why would I drive somewhere where she had NO IDEA I was going to be – AND after I’d been repeatedly warned about no mobile coverage..??

So I saw two blokes digging a hole in front of a little house – and decided to ask directions. That’s the plus side of living in the bush – everyone knows where everyone else is at….luckily for me!

After  a lot of instructions, like: finger pointing,  over thatta ways, cross the little creek – not the big one, and just follow your nose – I was off on my merry way again

Old mate had told me I was about 30kms from BB’s house. After I’d been driving for about 40kms, I thought I might be lost. I’ve always been a bit of a math whizz

Turns out I was lost

Plus I still had a bottle of Sprite & half a packet of fruit tingles to my name. I could last for DAYS!

I came to a sign, that just confused me more. After a quick eeny-meeny-miny-moe – I picked a direction 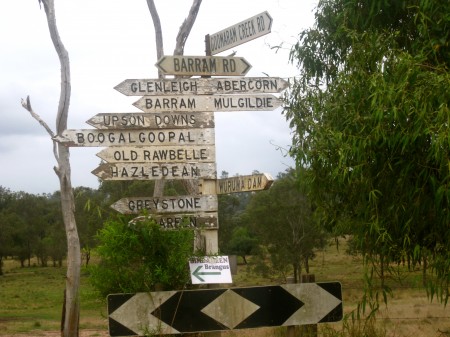 Yes, OF COURSE it was the wrong one…duh

And in my continued quest to drive further and further away from where I was SUPPOSED to be fucking headed – I came to this bridge. That scared the bejeezus out of me. I was shitting myself about driving over it. It was so narrow. What if I got the shakes and my wobbly wheel hands failed me, and I went over? If I drowned out here I would be SO embarrassed.

So I did what any spaz that has watched too much Nightline would do –  I rolled down all my windows and undid my seatbelt, just in case I needed to escape once the car plunged into the drink. That’s called planning ahead people. 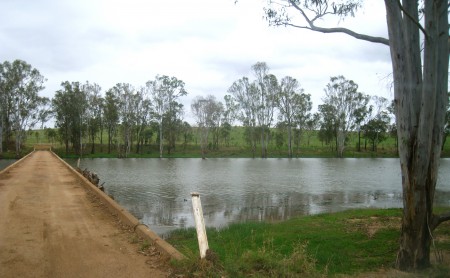 I made it over – but not before promising myself that if I had to drive BACK over this bridge – the hire car was getting abandoned, and I was going to fucking swim

After the bridge, as I was contemplating pulling over to change my undies, my phone beeped. OMG you guys, I’d found a patch of ‘no where’, where my PHONE WORKED….huzzah! I could make a call, AND change knickers – things were looking UP!

So I pulled over and called BB’s house. Luckily her (no doubt laughing at my blonde-citiness) husband was home – and gave me NEW directions – THAT I ACTUALLY LISTENED TO. Realising that you’re not actually traveling with a spare set of knickers will do that to a girl

BB’s gorgeous (6 yr old) daughter had set up my room for me. She wanted it to look just like a hotel. She’d picked flowers and even put scissors with my soap for easy opening. What hotel does that? 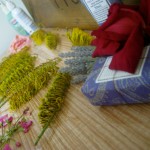 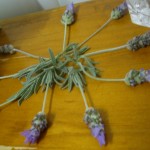 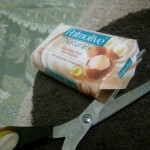 I didn’t need much rocking’ by bed time

Woke up bright & early this morning, greeted at the front steps, by this little cutie 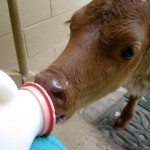 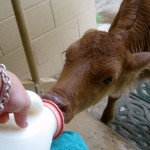 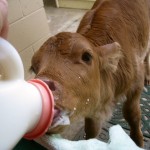 Then BB took me for a drive around their property. It was absolutely breathtaking – such a jaw dropping part of the Aussie landscape. It really is like their own piece of paradise – and I love how much they love where they are.

We stopped by the boys who were working the cattle. ‘Working’ means I can’t remember the proper name for what they were doing. But it did involve putting their arms up cows bums to see if they were pregnant. It was easier to watch knowing they were using gloves. And lube. 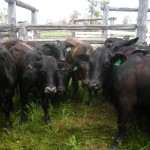 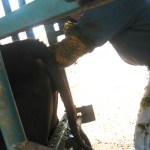 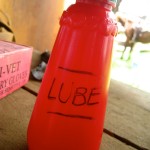 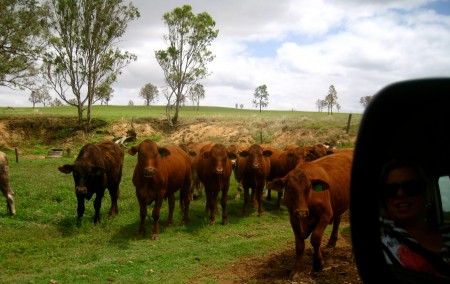 We headed back to the ranch, where BB fed me again, gave me my very own coffee travel mug (she must have seen the coffee splatters on all the inside of the car. Country roads and McDonald’s take away cups are a messy combo) then sent me on my way – but not before making me PROMISE to call her as soon as I arrived in Bundy safely. Can’t imagine why *ahem* 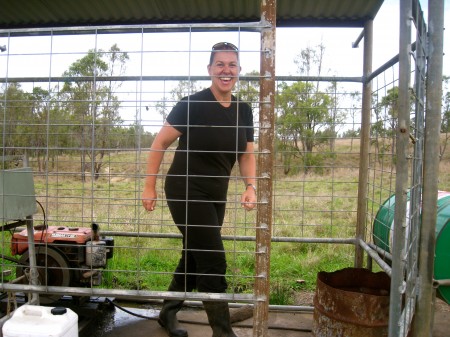 There is nothing that comes close to the awesomeness of country hospitality. Thanks so much BB – next time I’m bringing the family.

I’ve already started a ‘to bring with me’ list

Flowers for the girl cows

A bib for Bay Leaf

More wine (cause I think we drank all yours)

* CLICK HERE for Bush Babe’s blog version of my visit.