I’ve played plenty before, but they were towns, built AROUND a mining site

Granites is just the site, with accomodation

And not a lot else 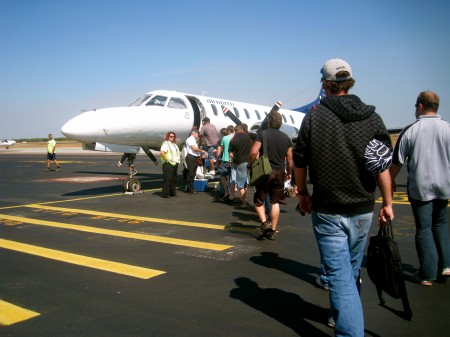 I left all my winterish clothes in Darwin 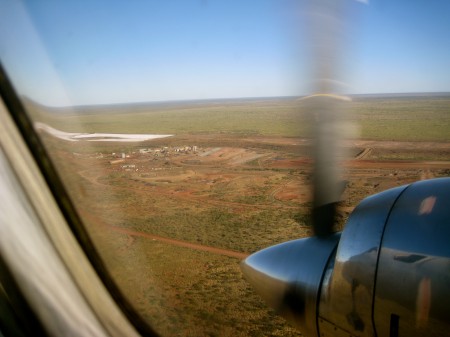 And this, coming from a girl that has lived in Chicago for more than a decade 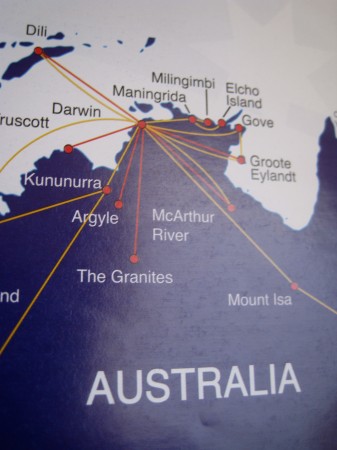 That only come in size XXXL

Those miners are big boys

I didn’t care, I was just happy to be warm 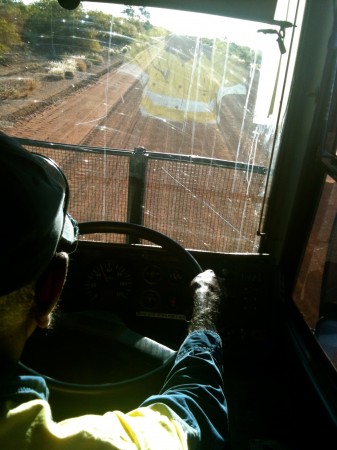 Heiny & I got to stay in the VIP quarters

Our own rooms, double beds 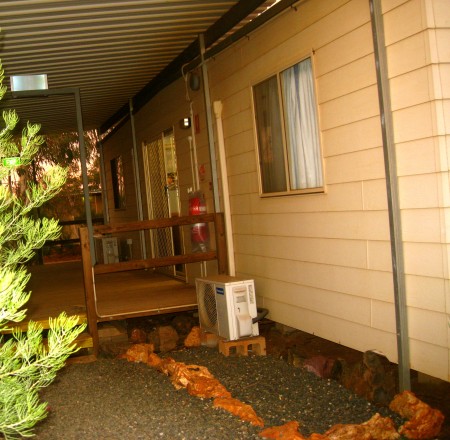 We felt a bit spesh! 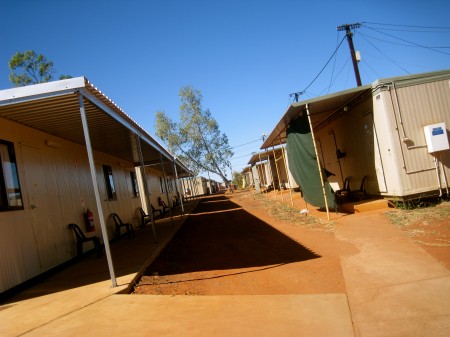 She didn’t come home with a husband

But the trip’s not over yet 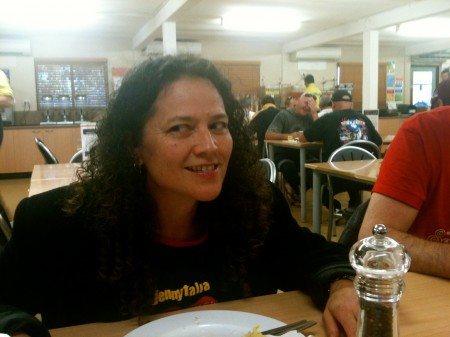 When we took a walk around camp, we got to see the fun way some of the boys make the scenery their own

We came across so many great characters while we were there 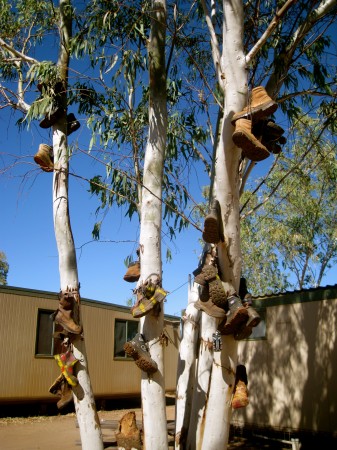 A funny little fucker who, after 20 or so drinks at the first show

And in case I didn’t hear him the first time

He continued to tell me all night

And was sure to inform me, that he didn’t need the extra nut anyway

He has two daughters, so obviously his one testicle is suffice 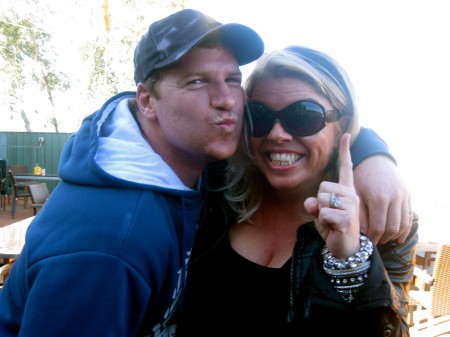 We called him POWERBALL

Then there was the young girl who was so into ‘The Waxing Song’, and let me know she felt my pain

So I called her BALDY

I handed out a few fun nicknames while we were there 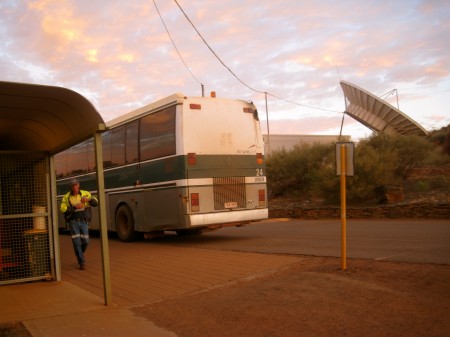 Before we left, I told the bosses that I would love to come back again

It’s such a different experience

And the 7:30am show just about fucking killed me

But, I loved everything about the place

So, it’s all booked

And you know what’s going to make it even better? 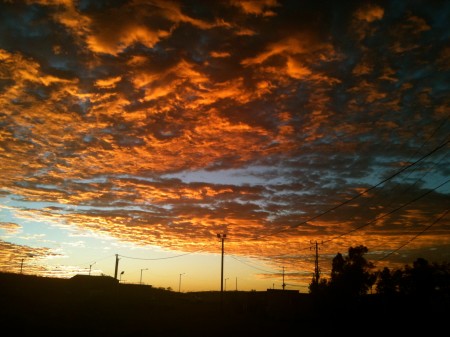