﻿When we were in Tassie, we met a great little girl

Her name was Shianne

You may have seen her on the Tasmania vlog

Her Mum, Chantelle,  had sent a letter asking if Shianne could meet Dad

She’s only 11, but knows all the words to Dad’s songs 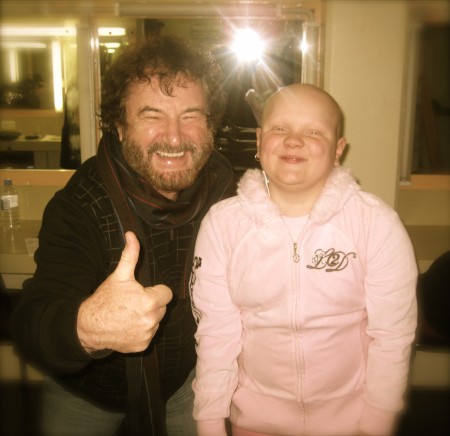 It’s a disease where your hair falls out

Sometimes in patches, sometimes all over

Which has made her totally bald

Eyebrows, eyelashes – all of it

Shianne first started loosing her hair when she was 7 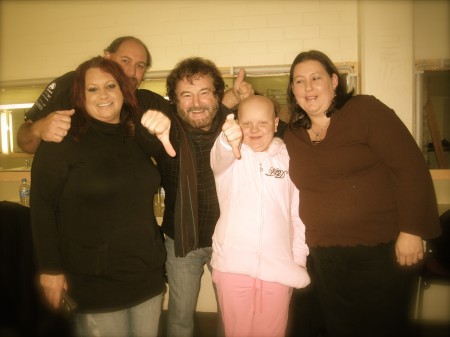 I try to imagine how she would cope losing her beautiful, long hair at this age

Being her Mum, I’m not sure I would handle it too well

She gets teased constantly

So they give her a hard time 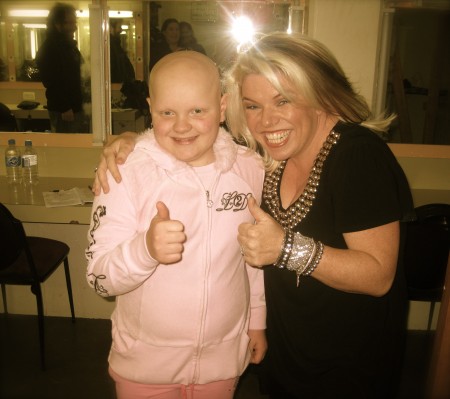 According to Chantelle, the school where Shianne goes, does fuck all about it is not too great at handling the situation

Shianne was told to, ‘deal with it’

When I spoke to Chantelle about it, I was gobsmacked

I’m not sure if changing schools is an option

But it’s something I would look into

After I told them to all go fuck themselves!

Asking an 11 year old girl to just deal with name-calling and constant teasing?

If that’s not absolute bullshit, I don’t know what is

Then I spoke to Shianne

And seriously, she is the cutest, sweetest, giggly little girl in the world

It seems so unfair

What she has to go through every day 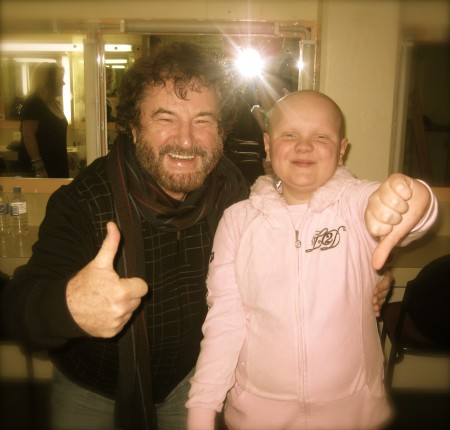 Her friends and family are currently raising money

She’s the only one in Tasmania

And has never met anyone else who suffers from it

She wanted to have one of my albums, but we’d sold out on the night

Plus I was a little hesitant

OK, I was A LOT hesitant

Her Mum assured me it was OK

So I ended up sending her a signed copy

Along with a kick boxing dvd

To help her deal with the fuckers at school

And maybe kick some arse

I figure if I’m going to be a bad influence

I might as well give it my best shot

Update – they raised the money, so Shianne is planning her trip to go & meet some new friends!!